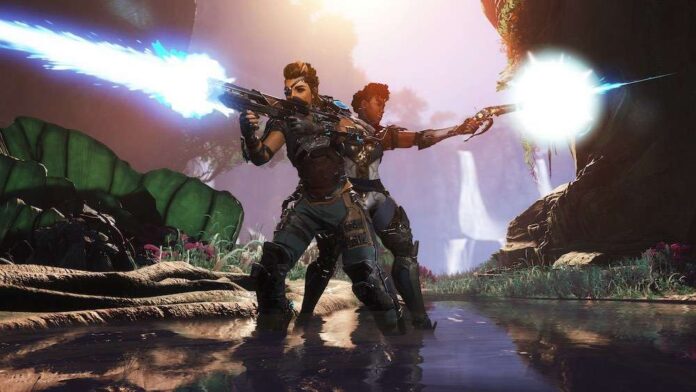 Amazon Games announces Crucible, the free-to-play online game. In addition to the announcement of the game, the studio shared a promotional video and the release date of the game.

Amazon Games announced today that they are working on a brand new free game for PC. The studio’s Crucible game is just a few weeks away. According to the studio statement, Crucible will initially come with 3 game modes, all of which will be team-based. The game will take place on a rather dangerous planet on the border of known space.

The first of the mods that will take place in the game will be Heart of the Hives. This mode, based on PvE and PvP, is played as 4 to 4. Players must overcome Hives in this mode. Each ‘Hive’ (hive) carries a heart right in the middle and the first team to manage to collect three of them wins the game. So you will have to fight with both hives and the opposing team in the mod.

Crucible’s content and structure:
Another mode that will take place in the game is Alpha Hunters. There are 8 teams of 2 players in this mode, which is played as PvP. The goal to be achieved in this mode is to be the last one standing among these 8 teams. The third mode that will take place in the game’s output is Harvester Command. In this mode, 2 teams of 8 players each compete with each other. In this mode, each team will try to catch and hold Essence Harvesters. The first team to reach 100 points will be the winner of the match.

There are 10 characters in total in the game, each of them different from each other, and each of these characters have their own weapons, abilities, and gameplay styles. Throughout the game; You will collect powerful essences to increase your character’s level and improve your abilities.

Crucible release date:
Amazon Games, which will be offered to players for free to play, was announced on May 20, 2020. So it’s only a few weeks before the game comes out. The studio that developed the game was Relentless Studio, which is part of Amazon Games.

For more detailed information about the game, you can go to Crucible’s website. You can also add the game to your wish list by going to the game’s Steam page. What are your thoughts on the game? You can share your ideas with us in the comments section.