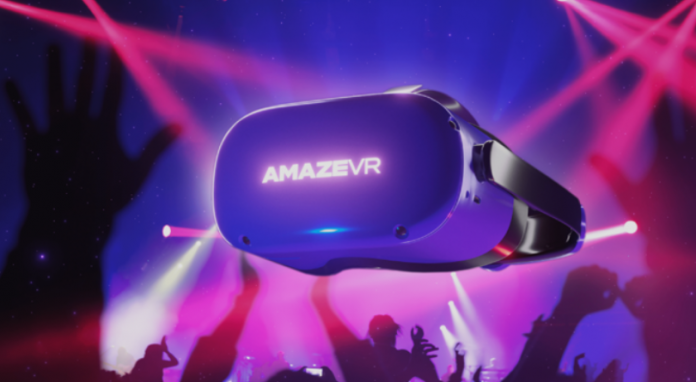 AmazeVR has announced an additional $17 million investment for the Series B funding round. The current funding round of the current funding round is $32 million.
AmazeVR was launched in 2015 and dominated the music concert market thanks to its patented technology. It captures hyperreal footage of live performances by artists in 9K resolution. Virtual reality fans get front row seats with their favorite artists in a 3D stage environment.

AmazeVR produced the Megan Thee Stallion virtual tour, organized in collaboration with AMC Theaters. The VR tour hit 15 major US cities with 75% of its VR concerts attended. Plans are currently being developed to continue this trend with some of the biggest names in music in both the United States and South Korea. AmazeVR reports that it continues negotiations with the artists who occupy the first places in the US charts about their next concert. He also formed a joint venture with SM Entertainment to organize upcoming VR concerts for K-pop artists.

AmazeVR has completed a $17 million fundraiser with the help of Mirae Asset Capital, Mirae Asset Venture Investment, CJ Investment, Smilegate Investment, GS Futures and LG Technology Ventures. New strategic investors will join the project, including CJ ENM and Krafton. The Series B funding round will be open until the end of December 2022, subject to availability.

“What AmazeVR has developed is really first—class,” says CJ ENM. “The VR entertainment industry is growing rapidly, and we believe that music and games are two of the most promising sectors for future development. “CJ ENM plans to transform concerts and music TV shows into virtual music with the help of advanced AmazeVR technology, as well as transform additional original content such as dramas and movies in the future to maximize the value of their content and business opportunities.”

Xiaomi Mi 10 Series at AnTuTu Appears with a Striking Score