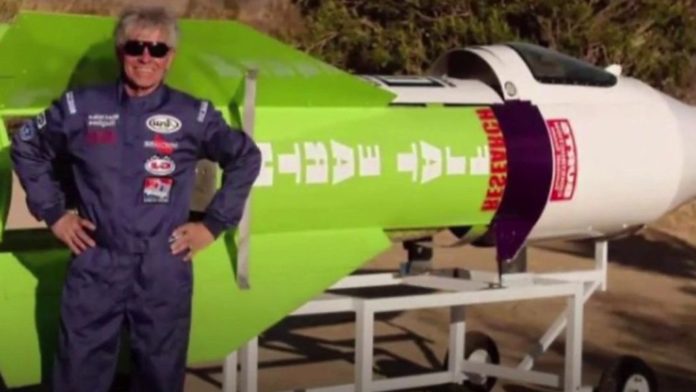 Mike Hughes, known as ‘Crazy Mike’ in the USA, closed his eyes to life as his steam rocket crashed into the desert during the landing phase. Hughes was 64 years old.

Many amateur astronomy enthusiasts in the US can build and launch their own steam rockets. Names like Mike Hughes are not just launching rockets, they prefer to take part in these rockets. This courage of Mike Hughes, called ‘Crazy Mike’, also ended.

The homemade steam rocket of the 64-year-old amateur astronomer crashed into the desert during landing. Mike Hughes, who was on the rocket in this accident, died. Hughes was aiming to reach a height of 1524 meters.

Departure was delayed due to the weather opposition
It is stated that Hughes produced the rocket that he aimed to reach 1524 meters altitude with his partner Waldo Stakes. Launched in Barstow, California, the rocket was also recorded for the series ‘Homemade Astronauts’ by The Science Channel.

Confirming the news of death, The Science Channel said, “Our thoughts and prayers were with his family at this difficult time,” he said, “It was always his dream to realize this departure, and at that moment Science was also there to keep logs of his journey.”

According to CNN, the San Bernadino County Sheriff intervened in a deadly rocket crash on Highway 247. Officials who intervened in the post-launch accident at a private property in Barstow confirmed that a person died, even if they did not name it.

The departure Hughes intended to take in 2019 was canceled due to the weather opposition and a faulty piece. Hughes, who made a successful take off in 2018, managed to climb to a height of 572 meters, although he had problems with the spine due to pressure.

See Also
What Features do I Need to Become an Astronaut?

See the fold of the earth
Hughes had stated in the past that he believed that the Earth was flat. According to some sources, Hughes’s aim was to see the round shape of the planet with his own eyes. In his statement in August 2019, he said that his interest in rockets had nothing to do with his belief in flat world, he was a fearless person pushing the boundaries in homemade rockets.

Hughes and Stakes’ team was one of three different teams whose work was recorded for Science Channel. The aim of these three teams, which will take place in the home-made astronauts series, is shown as being able to reach as close as possible to the line, known as Karman Line, at a height of about 100 kilometers.

It was discovered that the brain of birds was growing after...