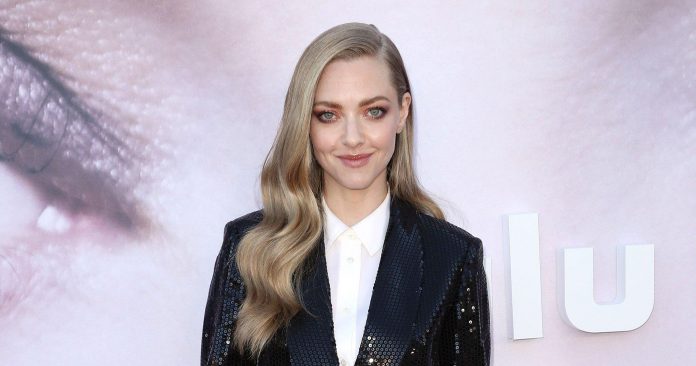 Amanda Seyfried said that she regrets that she did not have the courage to resist the pressure to shoot nude as a young actress at the beginning of her career.

The actors of the TV series “Mean Girls”: where are they now?

“At the age of 19, I go without underwear — like, are you kidding me? How did I let this happen?” Seyfried, who is now 36, said in an interview with Porter published on Tuesday, August 9. “Oh, I know why: I was 19 years old, and I didn’t want to upset anyone, and I wanted to keep my job. That’s why.”

The Dropout star began her career in soap operas, appearing in the TV series “How the World Turns” and “All My Children” in the early 2000s. After the movie “Mean Girls” was released in the spring of 2004, Seyfried’s career suddenly took off: she starred in TV series, including “Veronica Mars” and “Big Love”, as well as in R-rated films such as “American Rifle” and “Alpha Dog”.

Although Seyfried did not name a project in which she felt pressured to take off her clothes and still considers herself “pretty unscathed” for coming of age in 2000s Hollywood, the Emmy nominee explained that her career has now changed because she is confident in herself. in myself.

“There is a level of respect that I have never felt so completely around me,” she explained. “It has nothing to do with any level of fame, recognition or critical acclaim. Whatever it is, it’s not because of the Deception, not because of the Dropout, not because I watched my movies. I’m respected because I’m 36 years old and I know who the hell I am.”

Although she now feels appreciated, it took a long time to boost her self—esteem to feel normal by asking for certain things-for example, a stylist. In a February performance on Jimmy Kimmel Live! the star of “Les Miserables” joked that at the beginning of her career she did not know the rules of fashion on the red carpet at the premiere of “Mean Girls”. She explained that the flashbulbs made her dress transparent, which she didn’t realize until she saw the photos.

When asked why the film studio did not help coordinate “something out of clothes,” Seyfried replied: “I slipped through the cracks because I never asked for anything, because I thought I was in the way, and I’m not. I want to raise my daughter, that’s for sure. …But people liked me because it was easy with me.”

The star has a daughter Nina, 5, and a son Thomas, 2, with her husband Thomas Sadoski, whom she married in March 2017. The family lives far from Tinseltown on a farm in Hudson County, New York, and gets to Los Angeles only if necessary. .

Amanda Seyfried and Thomas Sadoski: chronology of their relationship

“Thomas comes with her when he can, but he is equally good at being a practical father and doing household chores when she is busy and he is not,” a source told Us Weekly in March. “They try to plan their schedule this way, and also find enough time for dates and trips alone.”

FIFA 22: How To Make Dribbling And Watermarking More Effective And...