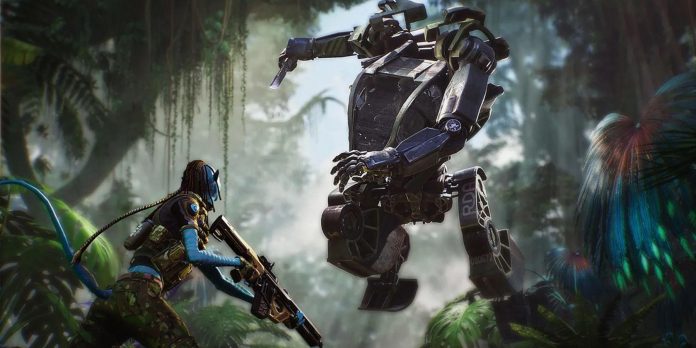 As part of the recent D23 Marvel and Disney Games Showcase presentation, in-game footage of the MMORPG Avatar: Reckoning was shown for the first time. Announced earlier this year, there have been many questions as to what Avatar: Reckoning is, apart from a mobile MMORPG based on the James Cameron films. The new trailer offers a first look at what the gameplay might look like in Avatar: Reckoning, and some may be surprised.

The idea of what Avatar: Reckoning is originated from the past work of the developer Archosaur Games. The latest release by a Chinese mobile game developer is Noah’s Heart, an open—world fantasy MMORPG. It includes full character creation, story campaign and gameplay. Avatar: Reckoning will replace combat with third—person shooting, and there is no indication that this is an open world, but it shows that Archosaur is a veteran team with mobile MMORPG experience.

The Avatar: Reckoning trailer is a mix of engine clips and gameplay. The story seems inspired by the first Avatar movie, in which a human becomes the “operator” of a hybrid avatar of Na’vi and a human. Thus, they visit another planet, communicate with the natives of Na’vi, but are still armed with human weapons and wear human clothes. Progress in the MMORPG will include upgrades to these weapons and equipment, and the trailer hints at a Division-style arsenal that players can own.

Another MMORPG gameplay featured in the trailer includes a dungeon-style battle involving giant saws moving back and forth across the arena. A group of players must destroy the saws while avoiding damage, as the dungeon boss does. Also shown is the “player versus player” mode, which looks like a team fight to the death mode. It seems that Avatar: Reckoning will try to attract not only MMORPG fans, but also shooter fans.

There is no release window for Avatar: Reckoning confirmed as part of the presentation, although the trailer narration states that it will appear on mobile devices soon. Perhaps this is for the best, since the diverse content shown in the trailer raised as many questions as it answered. It’s not entirely clear what kind of game Avatar: Reckoning is trying to sell.

The second Avatar film, titled Avatar: The Way of Water, is tentatively scheduled to be released on December 16 this year. It is quite possible that Avatar: Reckoning aims to be released simultaneously with the launch of Avatar 2 in theaters. Taking into account the popularity of the first Avatar movie, it will certainly benefit the success of the game if it can provide a honed gaming experience.

Avatar: Reckoning is in development for mobile devices.

Lycoris Recoil Episode 4 “Nothing to Look For, Nothing to Find”...