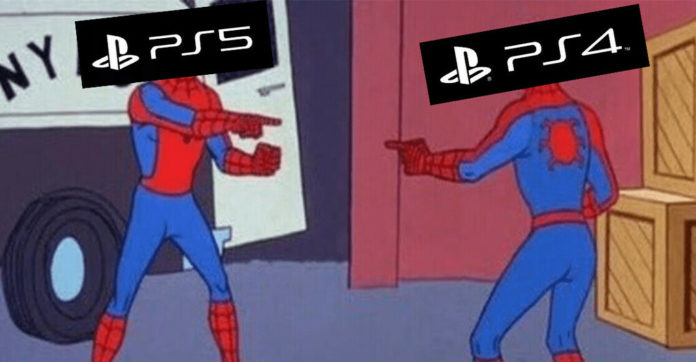 Sony recently announced the official logo of the new generation game console PlayStation 5. However, the fact that the logo in question was exactly the same as its predecessor had been a major mockery on social media. Concept logos created by a designer today fully meet the expectations.

Japanese tech giant Sony plans to introduce the new game console PlayStation 5, which will undergo major changes next fall. Thanks to the information and rumors shared to date, we have had important details about the features of the device; however, the veil of glaze on the design is still not lifted.

Introducing the highly anticipated official logo of PS5 at CES 2020 in Las Vegas, Sony was a huge disappointment. Using the same design and font layout as its predecessor, the logo could not escape being a mockery of social media. So much so that the only difference between the PS5 logo and the previous one is 5 instead of 4.

PlayStation 5 logo has been the subject of discussion from the moment it was introduced
Now, an illustration artist named Nikolai Baslajik, known as ‘Bosslogic’, has designed two conceptual logos that look quite impressive in response to Sony’s creativity. Baslajik, who shared his work from his personal Instagram account, used the original logo of PlayStation while making both logos. The talented artist, who created a ‘5’ symbol from the reflection of the logo, was highly appreciated with his work.

Concept PlayStation 5 logos are as follows;

Many who follow the Baslajik think that new concept logos look better than Sony’s design. The concept PS5 logo, which has two different color schemes: black-blue and white-red, seems to further increase the pressure on the Japanese company. You can check out Bosslogic’s other works from his Instagram account.

Webtekno was not silent against Sony’s PlayStation 5 logo.