Home Crypto Altcoins Are Nervous, When Is The FED Meeting? FOMC Minutes are at... 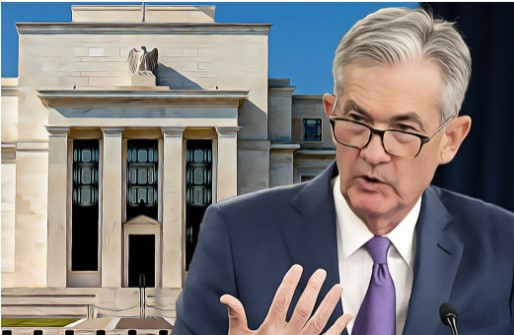 With the Ukrainian tension, the FED meeting and the FOMC minutes, Bitcoin turned its direction down again. The situation is worse for altcoins, for example Chainlink (LINK) finds buyers at $15.8. Altcoins were performing better even when the price was below $40,000. Of course, the Bitcoin dominance data, which exceeds 42.5%, also has an effect on this.

When is the Fed Meeting?

At the beginning of this year, we shared all the meeting dates so that you wouldn’t say “when is the FED meeting”. There is no meeting in February, but a meeting will be held in March where we can see an increase in interest rates. The meeting to be held in March will be on the 15th and 16th of the month. On March 16, at 22:00, the FED will now announce its decision. At 22:30, Fed Chairman Powell will appear in front of the screen and make more detailed statements about the economic outlook.

An increase of 25 or 50 basis points is expected at this meeting. Of course, this will seriously affect the stock, commodity and crypto money markets. Moreover, the interest rate decision to be taken at this meeting will not be the last. At least 4 interest rate hikes are expected before the end of the year. Despite these interest rate increases, if inflation continues close to these levels, the USA will still continue with negative interest rates.

When Will FOMC Minutes Be Released?

Only hours left. FOMC minutes will be released on Wednesday at 10 pm. So why are FOMC minutes important? On the day that Bitcoin wiped $ 5,000 in January, the FOMC minutes were announced and we learned from here that there was a more hawkish stance. It is expected that the hawkish attitude will continue in the upcoming minutes.

We will learn how much the interest rates can be increased in March, what is planned for asset purchases and more in these minutes. Bitcoin can be expected to make tougher moves before 22:00 on Wednesday. It would be useful to closely monitor the $42,000 and $40,500 supports in particular.