Home Crypto Altcoin Curiosities: how are things in SEEK? Why is OGN growing? 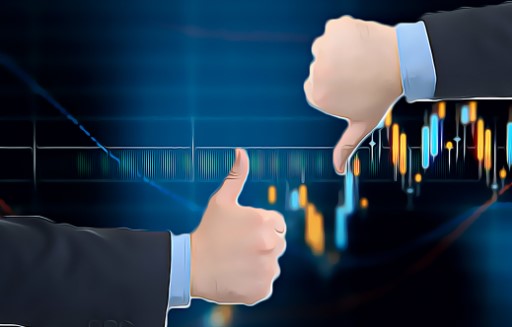 The cryptocurrency market shows that it has revived today, albeit slightly. When considering the top 30 cryptocurrencies by market value, only Terra (LUNA), the Near (NEAR) protocol and the FTX token (FTT) increased by more than 1%, but mostly BTC and the altcoins following it increased by 0.5%. After the growth we saw on April 2, we have been watching cryptocurrencies turn red for a long time. However, it seems to be broken. The price of Ceek Smart VR Token (CEEK) and Origin Protocol (OGN), which are often followed by investors, looks like this.

CEEK, which is a metaverse coin and increased its distribution after listing on KuCoin, has significantly increased its price, especially after this listing. Nevertheless, CEEK is in a downward trend, as the cryptocurrency market is affected by both macroeconomic factors and the decline in interest in metaverse coins last week. At the time of this writing, CEEK is trading at around $0.4618, down 4.5% in the last 24 hours. However, despite everything, CEEK maintains growth of 0.3% per week and 24.5% per month. In addition, CEEK investors are looking forward to CEEK listing on Binance.

The Protocol of Origin (OGN)

OGN, which is little known to investors and surprises with rising prices, is trading at about $0.629 at the time of writing, while it has grown by more than 2% over the past 24 hours. In addition, OGN continues to increase by 12% weekly, 4% biweekly and 2.5% monthly. In general, we can say that OGN has benefited from the price increase over the past week.

OGN managed to catch a serious break at the end of March. In this process, OGN managed to reach approximately $0.7479. Although OGN is far from this price point, it looks like it may gain upward momentum again. However, apart from this, it is clear that OGN has lost more than 70% of its value compared to last year. Although OGN has lost its popularity compared to last year, it seems that it has again attracted the attention of investors. Thus, the orientation of investors triggers each other, helping OGN to enter into an upward momentum.

NFT: What Is CryptoPunks With The Recently Popular NFT Project And...