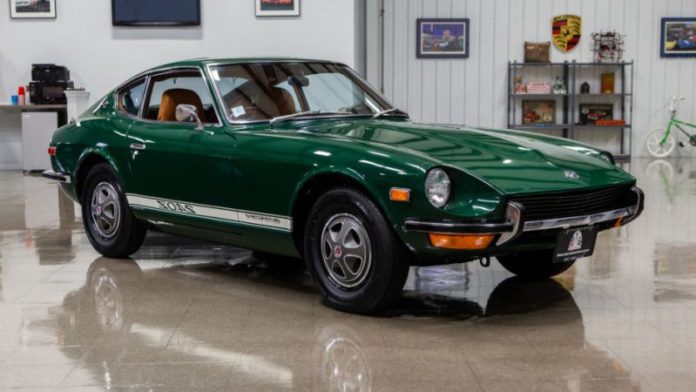 Despite being a 1971 model, a Datsun (Nissan) “240Z” which is not even 35 thousand kilometers is getting ready to be delivered to its new owner. This classic car, which is almost 50 years old, will soon be auctioned at $ 30,000.

Although the company is now called Nissan, it originally had the name “Datsun”. However, the Japanese government’s decisions made Datsun history and unveiled the Nissan brand.

Datsun was one of the popular car manufacturers of its time. The vehicles produced by the company were sent to both European and US markets. Even one of the company’s most popular models was “240Z”, and many drivers were sick of this vehicle in the 70s. But the past years pushed the 240Z aside, and finding the car today has become almost impossible.

Daysun 240Z, about 50 years old, looks like this
The vehicle you see above is a 1971 Datsun 240Z. The vehicle is completely original and has traveled less than 35 thousand kilometers. Allegedly, this vehicle was given as a gift to his son who graduated from dentistry by the owner of a Datsun dealer in Indiana, USA, in 1971. However, the young dentist almost never got into the car. As such, the owner of the dealer pulled the car to the garage in his house and assigned an employee to look at this vehicle.

It may seem confusing that a 1971 vehicle has remained original for all these years and its mileage is so low. However, the experts who examined the vehicle found that all the parts that need to be replaced are original. In addition, many of the interior parts of the vehicle had rips of plastic materials on it when the vehicle was delivered. So the story of the vehicle is supported by expert reviews.

The owner of Datsun 240Z passed away last year. Currently, the heirs of the vehicle have decided to sell the 1971 model vehicle by auction. Moreover, heirs have determined the initial value of the vehicle as 30 thousand dollars. How much the vehicle will be sold as a result of the auction is a big secret for now.