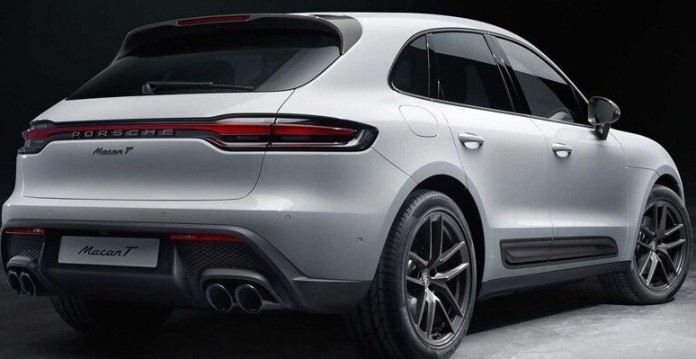 Porsche introduced the new version of the huge SUV model Macan, which is extremely popular especially in the USA. The SUV, named Macan T and coming with special driving dynamics, will go on sale in the spring.

Porsche launched its new SUV as the 2023 model.

German automotive giant Porsche introduced the new SUV model Macan T at an event it organized. Launched as a 2023 model, the vehicle has a very special place for the company. Because Porsche had never preferred the T supplement, which means “Touring” and offers high-level driving dynamics, in any of its four-door cars before. So, what does Macan T offer to the consumer?

The Porsche Macan T appeared as a model placed between the standard Macan and the Macan S. Macan T, which has a very large structure; It is presented to consumers with 20-inch wheels, a very wide front grille, a huge camera in this grille, lighting that completely covers the rear and 4 exhaust outlets.

When we look at the interior design of the Porsche Macan T, we encounter a huge living space. Unfortunately, not enough explanation has been given for the interior where leather and fabric are blended. However, it is known that the vehicle has a 10.9-inch multimedia screen.

According to the statements made by Porsche officials, the Macan T has a 2.0-liter engine producing 261 horsepower. This engine makes it possible for the vehicle to reach 0-100 km/h in just 5.8 seconds. The maximum speed that the vehicle can reach is 230 km / h. It should be noted that the all-wheel drive SUV also has Porsche Active Suspension System.

The Porsche Macan series is one of the SUV models that is the favorite of the US market. According to the company’s statements, this model sold more than 27 thousand in 2021. The Macan T looks set to boost Porsche’s sales in the US. Announcing that the pre-orders of the vehicle will start in the spring, Porsche did not evaluate the price of the Macan T. However, it should be noted that the standard Macan starts at $54,900 and the Macan S starts at $65,400. The price of the Macan T is expected to be in the middle of these two versions.