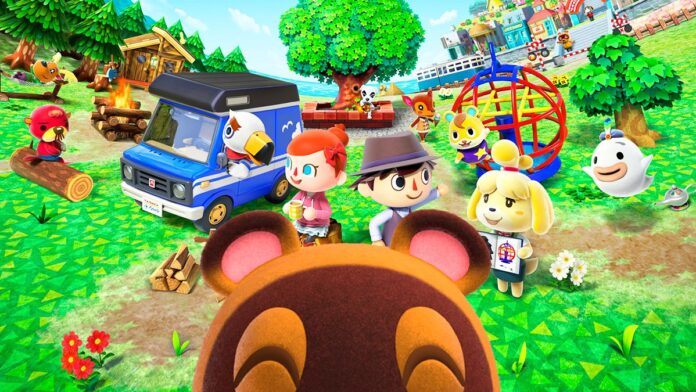 The year 2020 has been the year for Animal Crossing with its latest installment, and we wanted to review the entire saga near its 20th anniversary.

If we think of a life or social simulation video game, multiple games may come to mind, but if we think specifically of an island or a village, inhabited by very charismatic neighbors being anthropomorphic animals, in addition to being in real time, it is definitely Animal Crossing. Nintendo did a great job bringing this fantastic saga to our side, built a community of all ages, where their only concern was to pay off the real estate debt to a capitalist raccoon and turn their village into a perfect place to live and make friends. Debuting in 2001, with a great progression over the years and a current record with more than 26 million copies sold in its latest release with Animal Crossing: New Horizons, it is currently one of the most important sagas of Nintendo and has achieved reaching thousands of homes with the intention of offering an adventure full of life and charm.

This year 2020 has been a very complicated year in every way, as it has also been for the video game industry. It has suffered multiple delays and even cancellations, with events that have not been held or games that have completely paralyzed its development, but for Animal Crossing it has been the opposite. It has been one of the best years of its existence. They launched a last installment on the market where, after various world circumstances, they were consolidated as one of the best experiences of this last generation. That is why we have not wanted to pass the year or wait for their anniversary to explain its content, highlight their entire journey and the achievements they have achieved.

Explore the village, collect items and customize to your liking

Our stop has come and our next adventure is about to begin. Our new home will be in a perfect village to live and to carry out various activities such as fishing, catching insects and hunting fossils. In Animal Crossing we will assume the role of a human character who moves to a rural village populated by anthropomorphic animals that will become our neighbors and we will be able to socialize with all of them until we become great friends. The game is open, that is, the players will not have predefined objectives, but rather they are encouraged to spend time in the village and carry out the activities mentioned above, in addition to collecting objects, planting plants or trees and making their life evolve . One of the most important points in the gameplay of this saga is its real time, and that is that we will use the video game console with its internal clock and calendar, so the passage of time in the game world reflects that in reality, as well as the season and time of day. For example, the growth of a tree will require a certain time to occur or, if we want to celebrate Christmas we will have to wait for those dates to arrive.