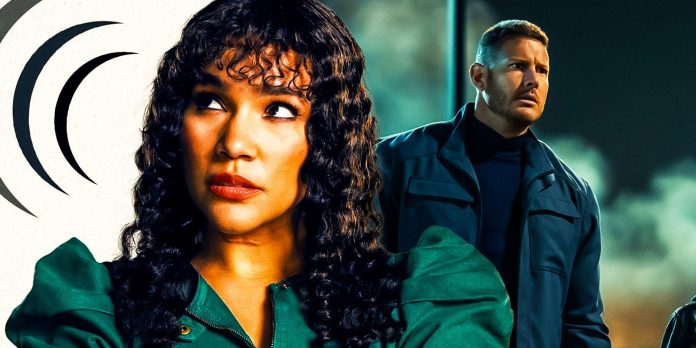 Content warning. The following are discussions of sexual assault and rape.

Allison has often used her powers to get what she wants, but season 3 of Umbrella Academy made her character irreparable after she tried to rape her brother Luther. Allison was first introduced at the Umbrella Academy as a celebrity who used her abilities to become a famous actress. As the series continued, her actions escalated, culminating in a terrifying action that takes place in “Umbrella Academy”, season 3, episode 5, “The Kindest Version”.

Allison’s powers give her the ability to control people and their reality using only her voice. She prefaces her wishes with a statement: “I’ve heard rumors,” and what follows can change how a person thinks, acts, or feels. Initially, Allison used her powers on the orders of Reginald, her father, keeping Victor under control, making him believe that he had no powers. As she got older, Allison started using her powers for her own benefit. The most amazing thing is that she uses her powers in the third season of Umbrella Academy to force Luther to kiss her against his will. It would seem that things would have gone further, but Luther couldn’t breathe, so Allison stopped.

Related: Victor’s transition in the 3rd season of Umbrella Academy was Perfectly Balanced

In Umbrella Academy, Allison had a chance to go through the character arc, as Allison stopped using her powers to her own advantage, but because of the attempted sexual abuse of Luther, her character lost all sense of growth. The writers are probably following the events of the comic book, where Allison is a villain who used her powers to manipulate Luther from the very beginning of their relationship. Although it was not so obvious in the series, Allison used her powers for manipulation from the very beginning. It is implied that Allison used her powers on her ex-husband Patrick to make him fall in love with her. She also used her powers on her daughter Claire to stop her from behaving badly, which led to the collapse of her relationship with Patrick.

The grief is intense, and Allison has experienced many traumas in her life. She was forced to use her powers on Victor, even if she didn’t really understand what she was doing. Allison lost custody of her daughter. She lost her husband Raymond, who was by her side when she was trapped in the 1960s and faced traumatic racism. In the third season, she discovered that the new timeline of Umbrella Academy means that her daughter no longer exists. Allison will do anything to get Claire back and deal with her pain. However, this prolonged trauma and suffering does not give her character a clean slate to behave the way she likes.

Although there is preparation for the events in Season 3, episode 5 of the “Kindest Version” of Umbrella Academy, the use of sexual violence to turn a character into a villain is also extremely careless from the point of view of the script. This is not the only example of how Hollywood recklessly uses sexual harassment to develop characters. Umbrella Academy seems to be doing just that, as evidenced by the most disturbing part of the scene when romantic music is playing, when Allison uses her powers on Luthor, forcing him to kiss her. This leaves the impression that the showrunners may not know how problematic Allison’s actions are, as the attempted sexual assault is largely ignored until the end of the season.

Allison definitely used her abilities for questionable reasons until the third season of Umbrella Academy, but most of the last two seasons have shown a characteristic arc that has made her better. While Allison deserves sympathy because of the pain she has faced, there is no excuse for sexual assault. Allison’s powers at Umbrella Academy are inherently a violation against anyone she uses them on, but by targeting people for love and sex, Allison crosses a line that cannot be crossed.

Fans voted for the worst main character in the series