Home Entertainment All Xbox 360 games that have ever been distributed through Games with... 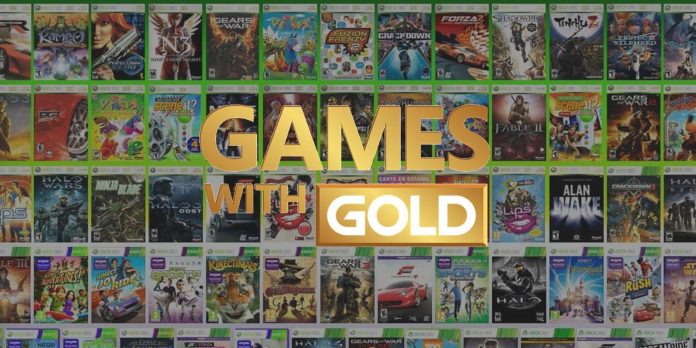 Before the Epic Games Store, there was a popular subscription service Xbox Games with Gold. Launched in 2013, the “Games with Gold Status” program came at an era when gaming privileges were still a novelty, and the continuation of Xbox Live and the opportunity to play games like Halo with friends with an additional bonus in the form of several free games every month felt like something new. great deal. Games with Gold was Microsoft’s way to surpass the PlayStation Plus PS Plus service, which, in turn, was the answer to the original Xbox Live, demonstrating the benefits for gamers when large companies compete with each other. As a result, players could access the first two and then four free games each month.

The service was a success, and for many years it has been a central part of Microsoft’s offering, as players had the opportunity to download and play a variety of games for Xbox, Xbox 360 and Xbox One. The games offered ranged from small indie games to fan-favorite AAA releases, and the service served as an important precursor to Microsoft’s incredibly popular Xbox Game Pass. But now it looks like big changes are coming, as the latest Xbox 360 game, Portal 2, will be played next month.

The end of an era

A lot has changed in the gaming industry since the launch of Games with Gold. Consoles have come and gone, revolutionary games have been released, and major companies have launched their own subscription services. It was inevitable that Games with Gold would have to adapt to compete and stay relevant, and Microsoft continued to innovate alongside its competitors. With the launch of the Xbox Game Pass in 2017, it began to focus more and more on its new and more extensive subscription service, which many believe has left Games with Gold in its shadow.

In recent years, some players believe that “Games with Gold” are experiencing a slow decline: every month the indicators deteriorate slightly, and privileges decrease as better services begin to appear on the market. It became clear that the Xbox Game Pass was becoming a Microsoft priority, and the fate of Games with Gold seemed to be decided. Microsoft recently announced that it will no longer release free Xbox 360 games alongside monthly Xbox One games, showing how times are really changing. Although the company’s arguments that it is simply running out of games to release sound plausible, it seems that the days of Games With Gold are numbered as the Xbox Game Pass continues to gain popularity.

Headlines that have been presented over the years

Although it seems more and more likely that Games with Gold will sooner or later go the way of their Xbox 360 games, the service still has something to note. Over the years, he has provided players with some incredible games, and for almost a decade of games given out to subscribers, the list is very long and contains many genres, types of gameplay and unique stories. Here is a complete list of all Xbox 360 games released in Games with Gold:

Headlines that have been presented over the years, continued

Destiny 2 Will Remove The Forsaken Expansion Even If Players Have...