Home Entertainment All video games are currently scheduled for 2023 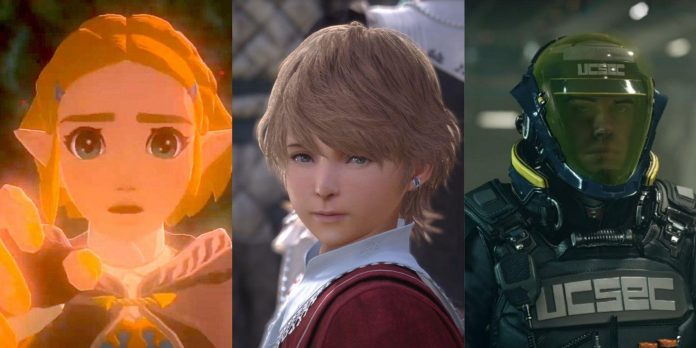 The current generation of gaming has gotten off to a good start, and things only seem to be improving. Several franchises have made a successful jump to the current generation, including Forza, Pokemon, and Ratchet and Clank, to name a few. Furthermore, studios have managed to launch new, innovative IPs, such as FromSoftware’s Elden Ring and Tango Gamework’s Ghostwire: Tokyo. Looking forward, there are plenty more releases lined up that promise to keep pushing the boundaries of what gaming is capable of.

In 2023, gamers can expect another year of quality releases, and plenty of studios have already revealed what exciting projects they have planned. Whether players are looking for zombie horror, space exploration, or arcade fighting fun, the upcoming year’s full schedule has a bit of something for everyone. Additionally, thanks to the launch of PS VR2, a new generation of virtual reality games are also on the way in 2023.

RELATED: Pokemon Black and White Remakes Are Next on the List, But Are They Necessary?

Perhaps one of the most hotly anticipated games of 2023 is Bethesda’s Starfield which will allow gamers to take to the heavens and explore alien planets. Gamers have had their eyes on this title for a long time because it is the studio’s first new IP in over two decades. As the recent Xbox and Bethesda Showcase revealed, gameplay will involve mining for minerals, blasting at enemies, and making use of an in-depth character creator system. It is scheduled to release in the first half of 2023 on PC and Xbox Series X/S.

After an endless barrage of rumors and alleged leaks, Capcom finally confirmed Resident Evil 4 Remake’s existence, and it also gave the game a 24 March 2023 release date. As players of the original game will know, Resident Evil 4 focuses on Leon Kennedy who travels to a rural Spanish village to rescue the president’s daughter. There, he discovers the Las Plagas parasite that has turned the local villagers mad and violent. Very little is known yet regarding what Capcom has done with the remake, though players will get to experience it on PC, PS5, and Xbox Series X/S.

A launch date for PS VR2 has not been revealed, though Sony has given gamers a glimpse of the headset. Studios have also announced they have projects lined up for the upcoming headset, including Skydance Interactive which is cooking up The Walking Dead: Saints & Sinners Chapter 2 – Retribution. It is a much-anticipated game because its predecessor, The Walking Dead: Saints & Sinners, found great popularity on PS VR. Chapter 2 of Saints and Sinners will come to PS VR in 2022 and PS VR2 in 2023.

RELATED: Assassin’s Creed Rift Could Be Ubisoft’s Redemption in 2023

All Announced Games Releasing in 2023

Motive Studio has revealed that Dead Space Remake will release on the 23rd of January 2023 on PC, PS5, and Xbox Series X/S, though games from other studios have not received a release date outside a 2023 release window. Both AAA and indie releases are scheduled on all platforms, including last generation and current generation systems. The following games have also been announced for 2023:

After a year of breathtaking releases and a remaining calendar that promises to bring more blockbusters, 2022 will be a hard year to surpass. However, 2023 is looking like it is up for the challenge.

Tears for Marvel Fans: Disney Postponed The Release Date of 4...

Stranger Things: 10 friendship tips we learned from the series