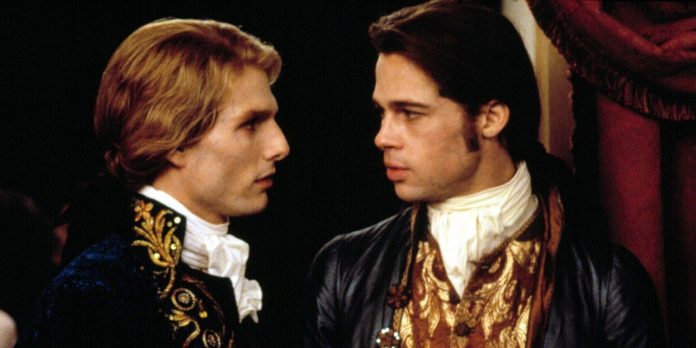 Although Top Gun: Maverick star Tom Cruise is a big horror fan, not all of the actor’s work in this genre has been a great success. A cursory glance at Tom Cruise’s many unreleased horror films proves that the blockbuster star has a deep affinity for this genre, although some of his most promising projects were eventually canceled for various reasons.

However, despite the fact that he invariably appreciates this genre, Cruz has not starred in many horror films over the years. Since the actor became a major movie star in his youth, Cruise never needed to earn credits by starring in potentially embarrassing early horror films before the big name came along. This means that several of Cruise’s horror films were carefully selected — the question of whether this improved the end result is largely a matter of debate.

Cruise’s three horror films to date include a limited-budget action horror blockbuster based on an existing TV series, a tragic vampire movie, and an alien invasion thriller. Like Alexander Skarsgard, his horror films offer a diverse cross-section of the genre. Unfortunately for Cruise, the critical reception of his horror films is as ambiguous as the fickleness of Skarsgard’s work in this genre. Only one of Cruise’s horror films became a hit with reviewers, another became a critical failure, and the third divided fans and critics.

“The Mummy” of 2017 was supposed to create an entire universal dark universe, but the failure turned out to be a rare misfire for Tom Cruise. Grim, gray and not at all scary, 2017’s “The Mummy” squandered an impressive cast, including Cruise, Russell Crowe and Jake Johnson, on a story that was taken too seriously, especially compared to the original directed by Brendan Fraser. The largely humorless tone made the rare moments of levity seem out of place, while Cruise’s heroic action movie rendered the horror ineffective, resulting in a catastrophically underrated end product. While 1999’s “The Mummy” offered the perfect template for the success of a horror blockbuster, 2017’s “The Mummy” did its best to kill off Universal’s doomed Dark universe before the franchise could begin.

War of the Worlds

Spielberg’s horror following the September 11 alien invasion, “The War of the Worlds,” is memorably intense and includes some great performances, including Cruise’s central turn as the ever-panicking antihero. However, “War of the Worlds” is never really scary, despite some exciting scenery and a darker tone than many clueless blockbusters in which aliens from another world confront the military. Tim Robbins overshadows the role of a creepy survivalist, and the supernaturally talented Dakota Fanning is great in the role of the frightened child Cruz, but in general, “War of the Worlds” is just passable, whereas the horror of an alien invasion could be unforgettable.

Interview with a vampire

Anne Rice’s maneuverable adaptation of Interview with a Vampire remains one of the greatest tragic vampire novels along with Bram Stoker’s Dracula. Cruise’s colleague and horror fan Brad Pitt impresses in the role of grief-stricken Louis, the brooding counterpart of the mocking undead villain Cruise Lestat. However, it’s a phenomenal turnaround from the then ten-year-old Kristen Dunst, which elevates “Interview with the Vampire” to the status of a classic. The film directed by Neil Jordan “Interview with a Vampire”, perfectly conveying the balance of horror, camp and genuine pathos that makes Rice’s melodrama so spectacular, remains both an underrated addition to the canon of vampire cinema and the best horror film with Top Gun: Maverick star Tom Cruise (already).