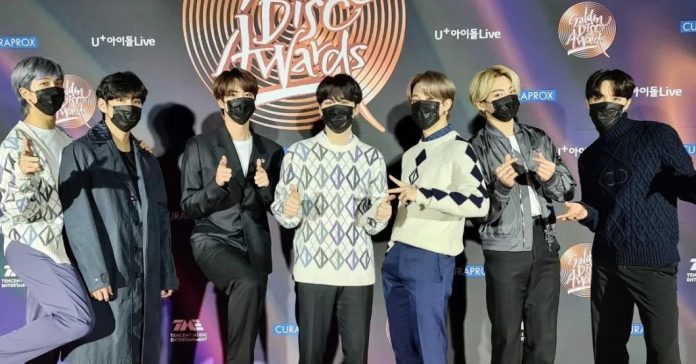 The first day of the annual Golden Disk 2021 awards ceremony had many celebrities honored for their impact on the industry.

The 35th Golden Disck Awards gala has already started. The event organizers revealed the winners of the digital categories. These are all the winners from the first day of the event.

The way of holding awards and recognition ceremonies changed dramatically, social media played an important role in broadcasting events, and the Golden Disk Awards were no exception.

On January 9, it was held the first day of awards at the annual gala of the Golden Disk Awards , for security reasons there was no public and the idols of the K-pop took appropriate measures to take care of your health.

The Golden Disk Awards took into account the impact and popularity of boy and girl groups as well as soloists on music platforms, each of the show’s winners were chosen by the percentage of sales they registered and by a committee of 50 judges. .

ALL WINNERS OF GOLDEN DISK AWARDS 2021

This year, the organizers revealed the list of winners corresponding to the digital song division , the main prize had great female and male exponents.

If you want to know the new activities of your favorite idols, dynamics and other surprises, do not forget to visit our section dedicated to K-pop .

Nicki Minaj announces feat with 6ix9ine and revolts the web