Home Entertainment All the Strange Things you can Play Doom on, and why 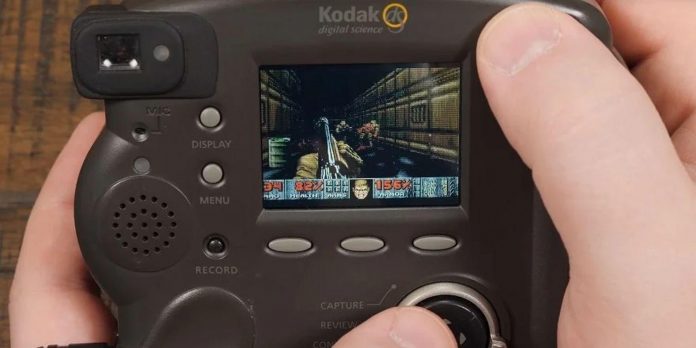 Released back in 1993, few could have imagined to what heights Doom would rise, making it one of the most successful computer games of its time. Today, Doom continues to thrive thanks to a variety of movies, board games, novels and comics, but chief among them is the rebooted series of games for next-generation consoles with the latest entry Doom: Eternal. It would be strange to find out that even despite these recent games, the original Doom continues to be ported by players, and the wanderer is still ported to all sorts of gadgets and devices that are objectively not designed to play the infamous FPS.

Examples of Doom ports range from the weird to the downright bizarre, including high-end Apple Watches, outdated copiers and scanners. Understanding how this is possible is the first step to understanding why players might want to continue porting this cult classic to toy chainsaws or grand pianos, and it may also help explain why avid programmers struggle to create such unusual and creative games. ports. Whether this has become an independent absurdist art or it’s just a dedicated fan base keeping the formative game alive and well, one can only guess, but there’s no denying that this trend has been extremely popular and shows no signs of wavering.

How the trend was born

The reason why Doom is so easily ported is due to various factors underlying its development and distribution. First of all, Doom broke the traditions of other games of that time by making it publicly available with open source and originally released by id Software as shareware. The Linux version of the Doom code became available in 1997, but it didn’t take long for programmers to redesign the original 1993 version.

Moreover, without going too deep into technical details, it helped programmers that Doom was written in C, known at that time for being much easier to port than other forms of code. Today, C is backward compatible with other languages, such as C++, and many compilers for almost any platform. It also had the added bonus of requiring only low hardware performance in terms of computing power thanks to efficient programming, which meant that Doom could run even on the lowest-performing PC.

It may seem incredibly strange to make the game so accessible without the direct need to buy it, but it was thanks to these solutions that id Software consolidated the legacy of Doom as one of the most formative games of the 90s and later. Huge communities of modders originate with Doom, and thanks to the Doom engine, several other series of games were born, including outstanding examples such as Wolfenstein and Quake. This became a cultural phenomenon among players, which led to the appearance of many similar Doom clones and even changed the language of players in games, giving the industry terms such as “mortal kombat” and “frag”. Any gamer has heard of Doom at least once, even if it is not their game, since it is often revered as the grandfather of the FPS genre.

All these factors together helped create the perfect storm for Doom and its community, allowing it to outlast most other franchises of its time. The original ports of Doom may have just kept the game alive even as the game scene moved to greener pastures, but as Doom’s longevity took root and the number of ports continued to grow, all it took was one creative spark to create a new look. movements. The trend of unusual and strange ports of Doom has become so widespread and well-known that there are entire subreddits and Twitter pages dedicated to cataloging and demonstrating all the strange and wonderful things on which players can play Doom. There are even collated lists of great examples of the wildest ports of Doom, giving only a brief idea of how bizarre some of these ports can be.

Why is the trend so popular and strange

The recognition that there are those who create ports in order to preserve Doom for posterity, that there is a significant discrepancy between programmers showing ingenuity in their ports, is not consistent with this idea. Instead, their ports can be viewed either as an expression of creativity, or as evidence of their own capabilities or the capabilities of the game. For example, although there is clearly no demand for such a port, programmers managed to get a full-featured version of Doom to work on a Honeywell Prestige thermostat. It seems that from the aforementioned scanner to text terminals, as long as it has some kind of screen and runs on a platform on which Doom code can be compiled, almost anything can play Doom.

The very existence of this fact could also spur the community, thanks to which they could gain some prestige by joining a number of many other programmers in developing the most sensational port imaginable.