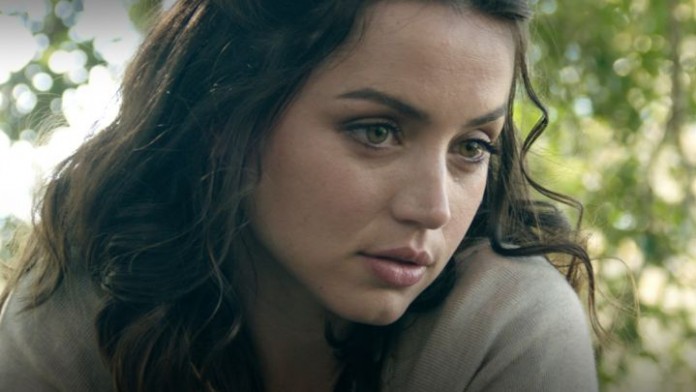 Amazon Prime Video: September is still a long way off, more than half a year, but Amazon Prime Video continues to teach us little things about its ambitious series on the Lord of the Rings franchise. And while it comes and doesn’t come, this March Prime Video turns up the volume with highly anticipated and recent titles.

We start with El Desafío: 11M, which narrates the never-before-seen events that surrounded one of the worst terrorist attacks in Spain, in which the emergency services and hundreds of anonymous heroes collaborated to help the victims of the attack, and turned Madrid in an example of solidarity and citizen union. The docu-series features the testimonies of survivors, as well as interviews with renowned journalists, judges, senior police officers, political leaders and witnesses, who will offer their personal view of what happened during the attack on one of the busiest cities of Europe.

After 20 years since his last film, Adrian Lyne, author of provocative Hollywood hits like Fatal Attraction, 9 1/2 Weeks, An Indecent Proposal and gems like Jacob’s Ladder, returns with Deep Water: Ben Affleck and Ana de Armas play Vic and Melinda Van Allen, a well-off New Orleans couple whose marriage crumbles under the weight of resentment, jealousy and mistrust. As their mutual taunts and mind games intensify, things quickly turn into a deadly game of cat and mouse as Melinda’s extramarital flirtations begin to wear off.

Also returning is the mythical captain of the Enterprise in the second season of Star Trek: Picard takes the legendary Jean-Luc Picard and his crew on an intrepid and exciting new journey: into the past. Picard must recruit friends both old and new to face the perils of 21st century Earth in a desperate race against time to save the future of the galaxy, and face the ultimate test from one of his greatest enemies.

In the second season of Upload, Nathan finds himself at a crossroads in his new life after death… his girlfriend Ingrid has unexpectedly arrived in Lakeview in hopes of strengthening their relationship, but his heart continues to secretly yearn for his angel. customer service Nora. Meanwhile, Nora is on the fringes of this reality and becomes involved with the anti-tech rebel group “The Ludds”.

And MotoGP UNLIMITED, a documentary series that shows what happens behind the scenes in the world’s greatest motorcycling championship. This has been possible thanks to the fact that throughout the 2021 season, a large production team was able to follow the riders during the MotoGP World Championship.