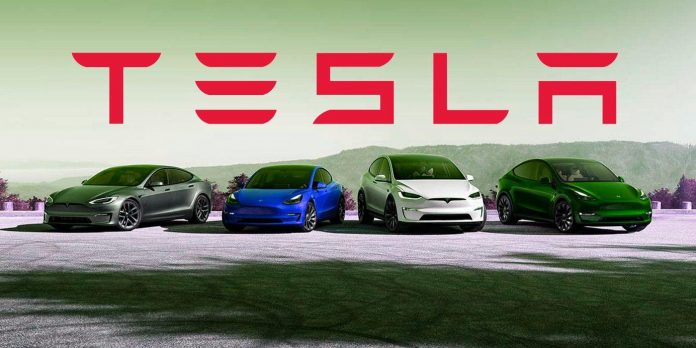 All four Tesla models entered the top ten of the latest annual rating of American production Cars.com , in which cars are ranked by how many of their components are manufactured in America. Despite the fact that Tesla is a typical American car manufacturer, it enjoys great popularity all over the world, including in China, Europe, Australia and the Middle East. Tesla is especially popular in China, where last year the company produced more than 473,000 cars in the country. While the company exported about 160,000 of them to foreign markets, the rest were intended for customers in the country.

Tesla is the world’s largest manufacturer of electric vehicles, ahead of Toyota, BYD, GM and Volkswagen. However, the company is facing increasing competition, and not only from traditional automakers. While companies like Toyota and Volkswagen are treading on Tesla’s heels with their increasingly aggressive electric vehicle strategies, upstarts in the electric vehicle field like Rivian and Lucid Motors are launching new products to challenge the market leader. Nevertheless, Tesla remains the leader in the world and in the United States, having shipped almost a million cars in 2021, with sales growing every quarter.

Tesla Model Y topped the index of American production Cars.com for 2022, it is followed by the Model 3, which took second place. They are followed by the plug-in hybrid Lincoln Corsair at number three and the Honda Passport SUV at number 4, and the Tesla Model X closes the top five. The remaining Tesla — Model S—ranks sixth, followed by Jeep Cherokee, Honda Ridgeline, Honda Odyssey and Honda Pilot in that order.

Cars.com says the index is based on a lot of data, including the location of the final assembly. However, the report is also quick to point out that the car may have a significant volume of imports, even if it is assembled in the United States. That’s why the index also takes into account the percentage of components manufactured in the USA in cars, as well as the countries of origin of engines and transmissions. The data on where each part is manufactured is taken from the American Automobile Labeling Act (AALA). Finally, the list also takes into account the US manufacturing workforce.

Interestingly, AALA combines parts from the USA and Canada, which makes it impossible to distinguish between components manufactured in these countries. However, to compensate for this, the index takes into account the origin of the engine and transmission, “in order to more accurately identify the two main expensive components of each car.” Overall, the list includes a high concentration of electric and hybrid vehicles, and not only Tesla was in the top ten. According to the editor – in – chief Cars.com Jenny Newman, this trend may continue if chip supply problems are resolved and gasoline prices remain high.