Home Entertainment All Studio Ghibli Movies Ordered From Best To Worst And Where To... 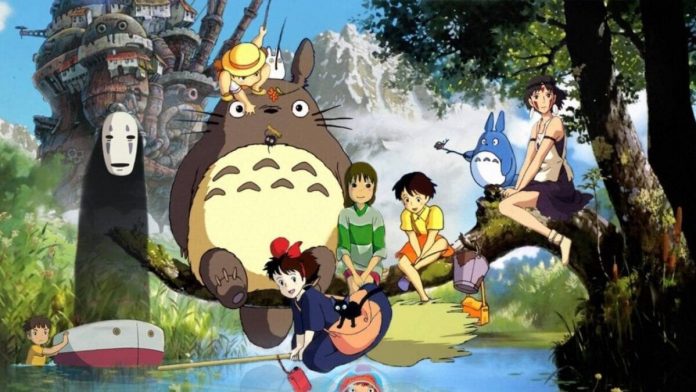 Ghibli: We review the best movies from Studio Ghibli according to IMDb, creators of blockbusters like Spirited Away, My Neighbor Totoro and more. Japanese studio Studio Ghibli was founded on June 15, 1985 by directors Isao Takahata, Hayao Miyazaki and producer Toshio Suzuki. It is considered as one of the best anime studios in the world.

We collect all your movies sorted from best to worst rating according to IMDb.

Platform: Netflix and Apple TV
Duration: 2 hours and 5 minutes
Year: 2001
IMDb score: 8.6
It had a budget of 19 million dollars and raised around 348 million dollars worldwide. Spirited Away is one of the most successful films. He got no more and no less than 35 awards! We highlight the 2003 Oscar for best animated film. It is – to date – the only anime film that has achieved Oscar. At the Japanese Academy Awards (equivalent to the Oscars), it is worth highlighting the 2 awards for best song and best film of the year.

Platform: Netflix and Filmin
Duration: 1 hour and 28 minutes
Year: 1988
IMDb score: 8.5
It was the first film directed by Isao Takahata with Studio Ghibli and also the third of the studio since its founding. Tomb of the Fireflies is considered one of the best movies about war. In fact, together with Roman Polanski’s The Pianist and Steven Spielberg’s Schindler’s List, it is also considered to be one of the best antiwar films in history. A label that its director, Isao Takahat, has always rejected.

The shape of the Hulk’s Creature Finally Made Him Stronger than...