Home Entertainment All skills shown in the Starfield gameplay 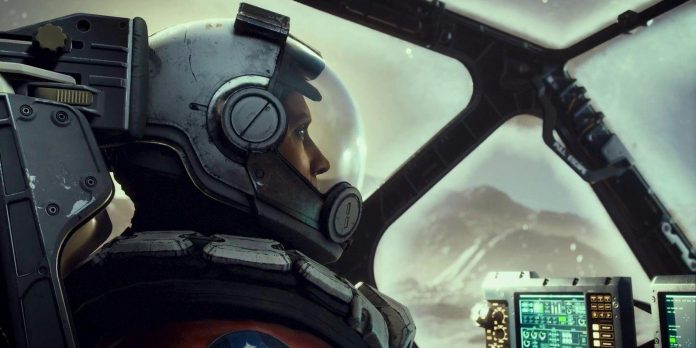 Of all the presentations last week, Xbox and Bethesda certainly claim to be the most concise, but at the same time informative show. While Sony State of Play really started the week off with a bang, putting a lot in just 30 minutes, Summer Games Fest felt a bit bloated, using part of its 2-hour time to advertise various energy drinks and upcoming movies. The Xbox and Bethesda showcase was a perfect interim, it lasted about an hour and a half and contained many new games, as well as updates to the expected games, one of which is the sci-fi role-playing game Bethesda Starfield.

Concluding the entire presentation on a high note, the infamous director of Starfield and Bethesda Todd Howard was in the spotlight. For about 15 minutes, Howard immersed the audience in a fairly deep dive into the basic mechanics of Starfield, while adding quite a lot of gameplay footage. Along with in-game ship customization, combat encounters and dialogue sections, improvements to Starfield characters were also demonstrated, and the footage revealed some skills and gave fans a good idea of what to expect from this RPG’s development system.

As in previous Bethesda role-playing games, Starfield updates will be divided into several separate categories, or rather five. These categories are called “Physical”, “Social”, “Combat”, “Science” and “Technology”. Each of these categories will contain a set of skills, each of which affects the attributes of the player and gives him special abilities.

Although the specific descriptions of each category have not yet been officially confirmed, it is quite easy to guess what type of skills each of these categories will cover. The physical ones are likely to revolve around endurance-based attributes, such as equipment loading, while the social ones are likely to affect how the player can interact with non-player characters, such as persuasion skills. The combat is pretty clear, probably including most of the game’s shooting and melee skills. “Science” and “Technology” sound pretty similar, probably covering puzzle game mechanics and technical skills, but players will have to wait to find out how these two categories differ from each other.

At the Starfield showcase, Todd Howard explained the overall development cycle of the game. As players level up their character, they unlock a skill point, which can then be used to unlock abilities in one of the aforementioned categories. After the ability is unlocked, players will be able to increase its rank, either by repeatedly using the ability, or by completing certain tasks. This general formula will be familiar to fans of Fallout and The Elder Scrolls games, but the ability to rank individual abilities is a great addition to Starfield.

The third rank of the Demolition skill was also revealed, which gives explosives a 30% increase in damage and increases their radius by 30%. It can be obtained by killing 125 enemies with explosives. The final rank of the “Heavy Weapon Certification” skill was shown, giving the player 30 units of damage resistance when aiming with a heavy weapon. This will be unlocked when the player destroys 250 enemies with heavy weapons.

The fourth rank of “Quick Reload” was revealed, giving players the opportunity to reload their weapons twice as fast as usual, which is unlocked after the 150th player reboot. The first rank of “Sniper Certification” was shown, which increased the stability of the weapon with an optical sight. The third rank of “Aiming” has been confirmed, significantly increasing the accuracy and range of shooting without using a sight, which requires 125 kills without aiming. Several other skills were named, but without details, such as “Particle Beams” and “Shooting”.