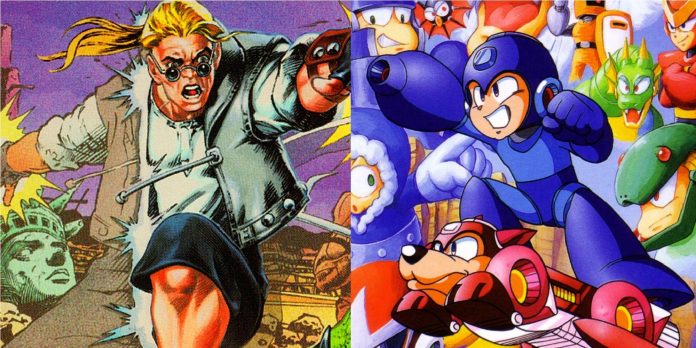 The Nintendo Switch Online + Expansion Pack has expanded its collection with four new games for Sega Genesis/Mega Drive, among which there are several outstanding games. The new Sega Genesis games also include the infamous game from the Jurassic era of the Internet, when games could become famous for their poor localization. This new group of games may be the best addition to the Sega Genesis section of the expansion pack since launch.

Nintendo Switch Online subscribers get access to a small library of games for the NES and SNES. People who pay extra for the Expansion Pack get access to games for the Nintendo 64 and Sega Genesis. For many, games for the Nintendo 64 were a more attractive prospect due to the disappearance of the virtual console on modern Nintendo systems, especially since the Nintendo 3DS never received ports of N64 games (with the exception of complete remasters such as The Legend of Zelda: Ocarina). time). In contrast: Sega ported its Sega Genesis games to virtually every console released after the death of the Dreamcast. This also includes the 2019 Sega Genesis Mini special retro console and the Sega Genesis Classics collection, available on PC, PS4 and Nintendo Switch.

Recently, the latest of the announced games for the Nintendo 64 was added to the expansion pack, and Pokémon Snap will appear in the service in June. The service is still receiving games for the Sega Genesis, and Nintendo/Sega have a big pile in store for July. The next batch of Sega Genesis games for Expansion Pack was announced in a trailer on the official Nintendo YouTube channel. The games became available soon after, and Expansion Pack subscribers can download them now. The following are four games that have been added to the Sega Genesis app for Nintendo Switch Online.

Comix Zone is a fight resembling an interactive comic book where the main character travels from panel to panel. The only thing that is remembered more than the Comix Zone’s artistic style is its brutal complexity, which means that the rewind function in Nintendo Switch Online will be widely used in this game.

Mega Man: The Wily Wars is a remake of the first three Mega Man games for Sega Genesis. If the player completes three Mega Man games, he will unlock the Wily Tower mode, which features three unique boss fights. Target Earth (originally known as Assault Suit Leynos in Japan) – This is a 2D run and shoot game in which the player controls a mechanical suit. Zero Wing may be the most famous game on the list, as it is the source of the video game meme “All your bases belong to us” from the old days of the Internet. Zero Wing is a standard two—dimensional space shooter similar to the R-Type, but it is best known for its terrible localization, because of which it has become the subject of ridicule around the world.