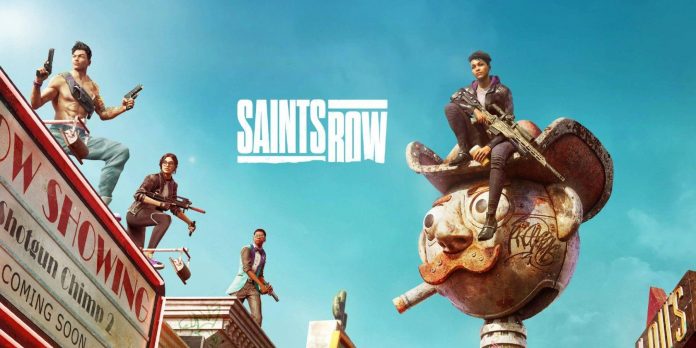 Between the end of the 2000s and the beginning of the 2010s, Saints Row managed to find an ideal niche for itself. At that time, open-world crime games were pretty much pretty serious, and big games like Grand Theft Auto 4 had some moments of levity, but mostly had a more serious tone, which was then in vogue. The Saints Row franchise managed to stand out from the crowd with its brash, rude humor and free sandbox gameplay, but by the time Saints Row 4 was released in 2013, the franchise was starting to tire. While Grand Theft Auto 5, released in the same year, managed to significantly improve on its predecessor, Saints Row 4 was more like the same, and since then the series has remained largely inactive, slowly dissolving into memory.

But that all changed this year with the release of Saints Row, a reboot of the franchise. Released just over a month later, on August 23, 2022, Saints Row is being developed again by the creator of the Volition series and seems to be returning the franchise to its origins. Although some elements still exist, such as deep character customization, quite a bit has changed, and now the player is faced with the task of becoming the biggest and coolest gang again. Although Saints Row is controversial, fans should wait for the release day before making a final decision, but the trailers released so far give a good idea of what will happen next.

First unveiled on August 25, 2021, almost a year ago, the first Saints Row trailer does a good job of creating a new Santo Ileso location in the reboot and one of the main gangs inhabiting it, Los Pantheros. In the trailer, fans get to know the four core members of the new Saints gang. There is Nina, a mechanic and driver, Kevin, a DJ and a wildcard of the band, Eli, a businessman and strategist, and the player character Boss, who decided to create this criminal empire from scratch. This announcing trailer shows one day in the life of a new gang that steals high-tech weapons from Los Panteros.

The next update for Saints Row came out in October, when Volition released a trailer dedicated to the main action of the game — Criminal Ventures. Using this feature, players can choose exactly how their criminal empire is built, choosing which type of building to take over and where to build it. The gameplay for each of these missions is then briefly demonstrated, showing how the player character dumps toxic waste, evades the police, and engages in one of Saints Row’s most iconic actions – insurance fraud. The completion of these criminal adventures, apparently, will strengthen the reputation of the Saints as a criminal empire.

A dynamic Saints Row trailer has appeared at the Game Awards 2021, this time showing a wide range of different types of gameplay through quick editing. Some vehicle fights and chases were demonstrated, as well as third-person shooting, and wingsuit mechanics were briefly covered. Where the previous Saints Row trailers seemed pretty mundane, this one certainly gives fans more of a taste of the classic Saints Row anarchy. There are quite wild weapons and vehicles, such as a hoverboard and a high-tech laser minigun.

The most recent Saints Row trailer was released two months ago, on April 20, 2022, and it demonstrates just some of the extensive customization options of the game. The first section of the trailer reveals some of the extensive customization options for Saints Row characters, ranging from hairstyles and body types to all imaginable types of clothing.

The next section showed the customization options for Saints Row vehicles, which are as extensive as the rest of the game. This gives players the opportunity to change the color, add stickers and change each individual component of the car body. A number of practical improvements for vehicles were also demonstrated, from ejection seats to nitrous oxide and even attached emergency balloons.

In the penultimate section of this trailer, some weapon customization options in the game were presented, starting with some standard cosmetic parameters, such as changing the finish of the weapon, and ending with some rather unique parameters, such as the ability to completely change the appearance of the weapon, for example, the packaging of the rocket. a launcher in a guitar case. The final part of the trailer briefly described the empire customization options included in Saints Row, which give gamers the opportunity to form their headquarters as they see fit.