Home Entertainment All rumors about Armored Core 6 from FromSoftware 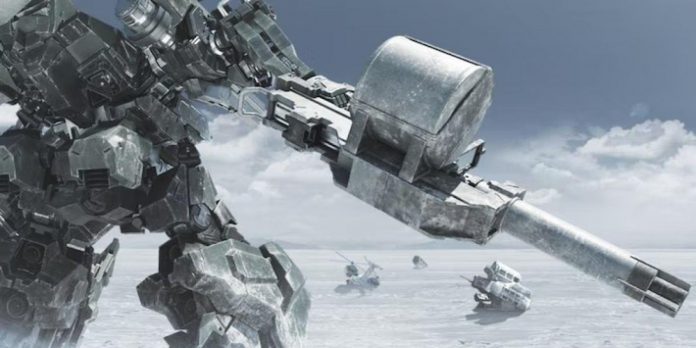 FromSoftware is a Japanese studio best known for the Dark Souls series. Although the franchise’s games are characterized by tough gameplay, there is something exciting about overcoming the monumental challenges they solve, and this has led to the fact that Dark Souls games have become iconic. Although the studio is not as popular as other FromSoftware franchises, it is also responsible for the Armored Core series, in which large robots engage in combat.

Starting with Armored Core 5 in 2012, the series has yet to get a new entry, although it still has a strong fan base hoping that FromSoftware will revive the franchise. Leaks in 2022 give hope that this may happen, and although FromSoftware has not confirmed anything yet, the screenshots that have surfaced suggest that something is going on. If the leaks are true, the return of Armored Core could be one of the most victorious in games.

Although the Armored Core franchise was neglected for a while, its devoted fan base did not fade away, and it constantly begged FromSoftware for a new game in the series. In 2022, an alleged leak from the Resetera user stirred up fans, as it was assumed that a new game might appear. According to the Red Liquorice user, they completed a survey of consumers about the new Armored Core game, and in the process they were provided with a description of the game, screenshots and two short video clips demonstrating the gameplay. The first video allegedly shows a battle with the boss, and the second shows a snow-covered area.

Red Liquorice also published a description they read, and it claimed that the game would be a third-person shooter with an “overwhelming scale map” containing a sci-fi world filled with mechs that fight each other using weapons and blades. The game will also have a variety of settings that will allow players to create the perfect mech that suits their style of play, whether they intend to focus on melee combat or fight hordes of enemies. A brief synopsis of the plot mentions the search for Melange, a destructive substance that should have been lost forever, but was again confirmed on the planet Bashtar. The description makes the game sound quite tempting, and the leak is a little more plausible, since screenshots with watermarks also hit the Internet. Nevertheless, without official confirmation from FromSoftware, you should always remain skeptical.

Is it likely that Armored Core 6 is on the way?

The leak from Red Liquorice occurred in January 2022, that is, a few weeks before the release of Elden Ring. If the leak is true, it would mean that the development of Armored Core 6 overlapped with the development of Elden Ring. This would not be an impossible task for FromSoftware, as in recent years the studio has become bigger due to the increase in its popularity. This was further confirmed in June 2022, when the studio added several posts to its job page inviting people to work on “several new projects”, and studio head Hidetaka Miyazaki stated that the studio has an undeclared project that is in the final stages.

After the monumental success of Elden Ring, the new Armored Core game has the best conditions for a triumphant return. Screenshots indicate that the development of the game is in full swing and that it may be released in the next few years. This may be the perfect time to play, because, unlike Elden Ring, developers may not need to adapt to the consoles of the previous generation.

FromSoftware is very secretive, and, most likely, gamers will not know what the studio is doing until it is ready. The developer is probably busy with the Elden Ring DLC, although this does not prevent the development of a new Armored Core game. If FromSoftware can create a world for Armored Core that is as exciting as the world of Elden Ring, it will certainly be a success.

The season finale of Obi-Wan Kenobi revealed Reva’s fate, but when...