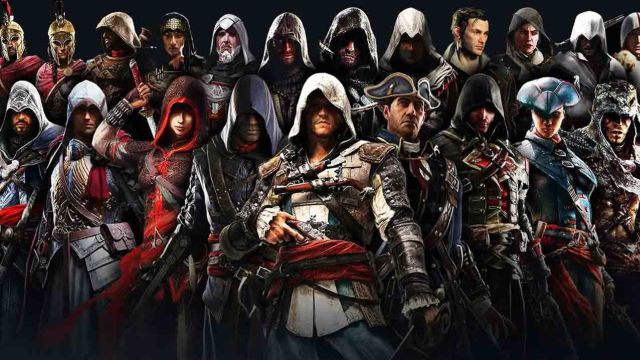 Assassin’s Creed Infinity: Ubisoft is preparing for a new way to distribute content from the hand of Assassin’s Creed Infinity, already officially confirmed. When I interviewed José Araiza, head of post-launch content for Assassin’s Creed Valhalla, I immediately thought of a question that he had to ask yes or yes. I was aware that I was going to delay, because talking about future projects is a thorny issue for the developers themselves. Not because they don’t want to go into detail, but because of the constraints imposed by the companies. Assassin’s Creed Infinity will function as a kind of content platform where new stories will be added, reinforcing the game-as-a-service approach. It has not gone unnoticed to me that Ubisoft has just made a series of movements that suggest that they are already doing experiments in that sense … with their previous products.

Kassandra has made a double return, to both Assassin’s Creed Odyssey and Valhalla, where she has been featured in new free story arcs. Crossover Stories smacks of testing, a way to gauge the way future missions and content will be implemented within the Infinity platform.

Anyway, in response to our question, Araiza replied that “it is still too early to talk about this.” He did admit it was an experiment with post-release content from previous video games. “We wanted to change the formula and try to do different things, new things like Festivals. We have been making the game for years, the day you tried it we had already experienced it for years ”, he commented to us.

Crossover Stories smacks of proof, a way to gauge how content will be implemented in the future.

Axios Gaming’s Stephen Totilo has highlighted another feature that has been added to Assassin’s Creed Odyssey with the latest update. And now, in the game’s own menu, a new tab has appeared that leads directly to the previous products. There are not all of them, but there are several on the screen, so they can be purchased easily and quickly. “I am playing new things in two Assassin’s Creed and I am looking at a portal dedicated to the saga. Proto-Assassin’s Creed Infinity? ”Asks the journalist on Twitter. In my opinion it is a very correct observation. Time will tell, but all roads lead to Assassin’s Creed Infinity, despite the fact that the vision is still obstructed by brush, due to the lack of official data.

Assassin’s Creed Infinity has generated some concern among players, although Ubisoft has promised that they will continue to bet on rich narrative experiences, without betraying the DNA of the saga. It will not be a free-to-play, but rather a reformulation of the way the content is distributed. Many doubts remain in the pipeline, since the company has not yet detailed how it will do it, but all the clues lead to think that it will be formed as a kind of archive in which the stories starring the different Assassins will be introduced. A door to infinity, the beginning of a new path.

Why “James Bond 26” Can’t Be Another Origin Story

The winner of the 18th season of “The Bachelor” Nikki Ferrell...