Home Entertainment All references to major games in the trailer of the movie “Dungeons... 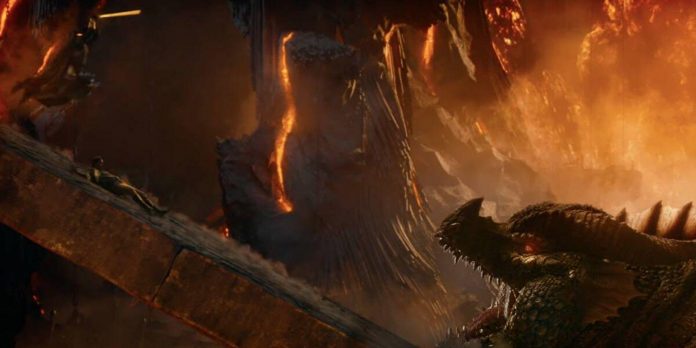 Debuting in 1974, Dungeons & Dragons quickly became a phenomenon for all the right and wrong reasons. While the game itself was a groundbreaking tabletop role-playing game putting the creativity and freedom of the player above all else, the media at the time seized on the idea that D&D was harmful to children, apparently encouraging them to turn to Satanism. It’s absurd to think about it now, but for a while this boring board game was considered really dangerous. Dungeons and Dragons is more popular now than ever, and a movie called Dungeons and Dragons: Honor Among Thieves will be released early next year.

The main links in Dungeons And Dragon Trailer

The Dungeons and Dragons: Honor Among Thieves trailer may only last two minutes, but during that time it contains a lot of Easter eggs. The most obvious hint of a tabletop role-playing game is its characters, each of which belongs to one of the iconic D&D classes. Chris Pine plays Edgin, the bard; Michelle Rodriguez is a barbarian named Holga; the former star of “Bridgerton” Dir-Jean Page plays a paladin named Xenk; Justice Smith plays Simon, a sorcerer; Hugh Grant is a fraudster named Smithy; and Sofia Lillis is Doric, a druid.

The trailer for D&D: Honor Among Thieves is also full of monsters and creatures taken directly from the board game. During the arena segment, both Displacer Beast and Gelatinous Cube can be seen in the trailer. The first is a panther with Venus’s trap tentacles sticking out of its back, and is able to refract light to hide its position. Meanwhile, the latter is literally a gelatinous cube, which eventually dissolves its prey. In the trailer, a Black dragon spitting acid and a classic fire-breathing Red Dragon were also seen destroying an army of people.

The trailer also gives fans a brief glimpse of the Mimic, which takes the form of a treasure chest to lure adventurers before revealing an absurdly long tongue and hundreds of sharp teeth. Dark Souls fans should be very familiar with these Mimic chests. At the end of the trailer, the iconic Owl Bear is teased when Lillis’ druid character transforms into one using magic, probably a Wildshape spell -which, according to the 5th Edition ruleset, some believe she technically won’t be able to do.

Several iconic Dungeons and Dragons locations were also shown, which looked solid in live action. One of these places is the city of Waterdeep, which is one of the most important in the 5th edition as the setting for many politically oriented quests, as well as the location of a number of rich characters. The underground city of the Underdark was also demonstrated, using magical lighting to give it an otherworldly appearance. The last named place in the trailer is the Valley of the Icebreakers, which, in fact, is just a large frozen land mass.

Dungeons and Dragons: Honor Among Thieves will be released in theaters in March 2023.

Elden Ring: See Some Of The best Player-Created Characters

Funny footage appeared on Twitch because of DMCA