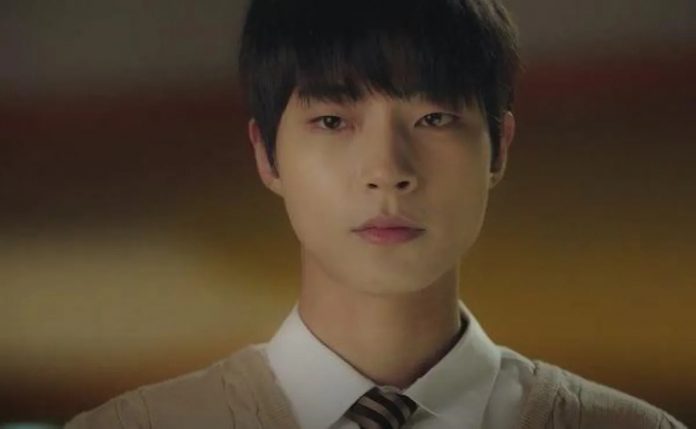 Learn about the career of Hwang In Yeob, the protagonist of “True Beauty”, a drama based on the webtoon of the same name that has stolen the hearts of fans.

The South Korean native has drawn attention since the premiere of this adaptation, with only 29 years old, the idol has focused on his career as a model and actor, although his career is not very great, Hwang In Yeob has managed to steal the hearts of the fans with his character of “Seojun”, a rebellious boy and badboy who forms a romantic triangle with the protagonist.

The Korean star is governed by the sign of the goat, which describes him as a disciplined, prudent and very patient person. He has a good sense of humor and is very reserved, which makes him professional and very trustworthy. He currently works under the KeyEast agency.

His characters have stolen the attention of fans, but without a doubt in “True Beauty” he has become one of the most popular actors of 2021, as the drama is backed by the success that his comic generated. If you are a fan of the star or want to know more about the cast of the series, we leave you a list with all the doramas of Hwang In Yeob.

THE DORAMAS OF HWANG IN YEOB DE TRUE BEAUTY

True beauty
Starring: Eunwoo, Hwang In Yeob, and Moon Ga Young
Where to watch: Viki
Romantic comedy drama that tells the life of a girl who appears to be beautiful thanks to makeup, but her true appearance is revealed when the popular “Lee Su Ho” looks at her with his true face, but the feelings of love begin to develop between they.

18 Again
Starring: Kim Ha Neul and Yoon Sang Hyun
Where to watch: Viki
Fantasy drama that tells the life of Hong Dae Young, an unemployed man despised by his family due to his way of being, regretting his life, the protagonist goes back in time and becomes an 18-year-old young man, with the opportunity to recreate his life, but can he forget his family without making the same mistakes?

The Tale of Nokdu
Starring: Jang Dong Yoon and Kim Soo Hyun
Where to watch: Viki
Period drama that narrates the life of Jeon Nok Du, a boy who suffers an assault with his family and to discover the culprits, he will travel to the village of widows, where he will disguise himself as a woman. There he will meet Dong Dong Joo, who does not want to be one of the people, so when she receives the help of the protagonist, she decides to follow him in the search for criminals.

Freshmen
Starring: Moon Joo Yeon, Jung Bo Min, Hwang In Yeob, and Lee Jung Ha
Where to watch: Viki
Junivel drama that tells the life of 4 university students and how they face adult life in order to fulfill their professional dreams.

WHY
Starring: Jung Gun Joo and Oh Ah Yeon
Romance drama that narrates the life of a boy who suffers his first love disappointment, sometimes you wonder “why me”, while experiencing life through friendship, relationships, travel and goodbyes.

LOONA wins their first win with ‘SO WHAT’