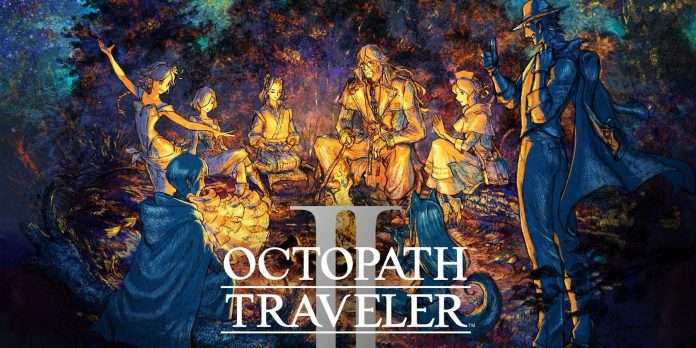 The latest Direct from Nintendo offered 40 minutes of brand new games, announcements, teasers and brief reviews, which was enough to make any Nintendo fan happy. Along with the continuation of Breath of the Wild, which received a new name, The Legend of Zelda: Tears of the Kingdom, Pikmin 4, Fire Emblem: Engage and others were also presented. One of the biggest discoveries of the whole Direct was Octopath Traveler 2, the sequel to Square Enix’s bold role-playing game with eight main characters, which looks like it will add several new characters to the mix.

A distinctive feature of the first Octopath Traveler was that players could control eight different main characters, each of whom belonged to their own archetypal RPG class and each made their own journey through the game world. As the game progressed, the journeys of these characters began to overlap, leading to one big shared adventure. Octopath Traveler 2 seems to be doing the same thing, only this time there are some new adventurers in town.

Every new class and character in Octopath Traveler 2

The eight main characters of Octopath Traveler 2, scattered across the new lands of the Soloist, are completely new to the sequel, although they have the same classes as in the previous game, which perhaps gives fans an idea of how they will play and what their abilities are. personalities can be similar. During the debut trailer of Octopath Traveler 2, each character is given a few seconds to express themselves, and one remark to summarize the general direction of their narrative.

The first new main character shown is Hikari, a warrior who is on a “journey home”. His short remark mentions a desire for peace without conflict and bloodshed, perhaps suggesting that, although Hikari is a warrior, he resists. Olberik, the Warrior from the previous game, had a rather similar view of battles, although his story was a knight from the lost kingdom. If Hikari’s game characteristics are about the same as Olberik’s, then he will most likely own shaft weapons and swords and have high physical data, but low magical abilities.

Agnea’s goal is a little less modest. Belonging to the class of dancers, Agnea longs for fame, primarily so that she can bring joy to others, apparently in the same way as her mother. This motivation is very different from the motivation of Primrose, a dancer from the first “Octopus Traveler”, who became an artist only to find out who killed her father.

The new Merchant, Partitio, is motivated by money, but also seems to want to use it for good, wanting to rid the world of poverty. If he fights like Tressa from the previous game, then most likely he will use shaft weapons and bows, and will also be able to bargain for items from non-player characters.

A scientist seeking revenge, Oswald is a little different from Cyrus. Looking older and much fiercer, Oswald can use his mind for darker things. Trone is an Octopath Traveler 2 Thief class who seems to be a member of some kind of royal family, albeit a cruel one that keeps her in chains.

Temenos is a cleric seeking the truth, but his remark “Doubt is what I do” gives the character a sinister look. Ochetta, a Hunter, a child who is in harmony with the surrounding nature and surrounded herself with animal friends. The latest new character in Octopath Traveler 2 is Casti, a pharmacist who suffers from some kind of memory loss.