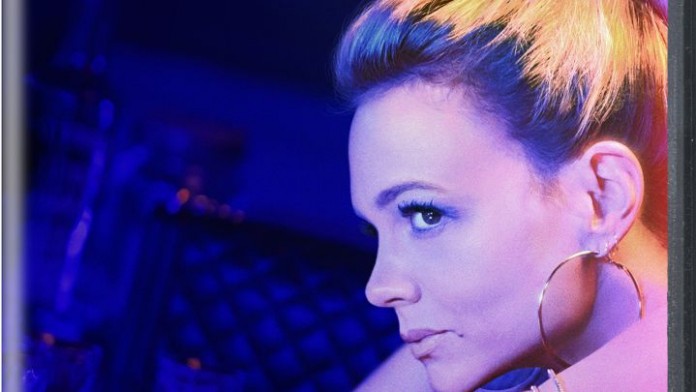 Movistar +: As the memes that run through Twitter and other networks point out, this week we are already 2 months away from 2022 and we are still processing what happened in 2020. And it is that this 2021 -like last year- is happening at a speed of Vertigo. It seems like yesterday when we started with the June premieres that would open the summer. And today we talk about those of September already.

As always, Movistar + is the queen in terms of the most recent film premieres, very focused this month less on Blockbusters AAA and yes on more intimate things, mixing mega-shows like Kong vs Godzilla with indies like A Promising Young Woman, or the return from the serial killer Dexter. We are going to review everything that the VOD platform will release in the penultimate month of the year.

11:55 PM at Movistar Premieres (dial 30). What if you could know the future … but only what is going to happen in two minutes? This is the starting point of this original film that follows in the wake of another recent hit from low-budget Japanese cinema like ‘One Cut of The Dead’, although this time mixing comedy with science fiction instead of horror.

22: 00h at Movistar Premieres (dial 30). Sean Patrick Flanery, Dennis Quaid and Katrina Bowden star in this tale of self-improvement around a retired martial arts champion. The also creator of this story, Sean Patrick Flanery, gives life to Mickey Kelly, who has been the first American black belt in the discipline of Brazilian Jiu-Jitsu (BJJ), but various events and the search for a quiet and family life lo they decided to abandon the combat.

Friday 5th
Another round

22: 00h in Movistar Premieres (dial 30). Directed by Thomas Vinterberg and starring Mads Mikkelsen ‘Another Round’ focuses on four high school teachers who, following the theory that a slight drunkenness opens the mind, lessens problems and increases creativity, embark on an experiment to maintain a constant blood alcohol level during your workday.

22: 00h at Movistar Premieres 2 (dial 31). Live action and animation come together in this fun adventure of the world’s most famous cat and mouse, Tom and Jerry, who must do the unthinkable: become allies! After ending Tom’s chances of continuing to play in Central Park, Jerry finds his perfect home at the luxurious Royal Gate hotel in New York, where, in a week, the “wedding of the year” is to be celebrated.

22: 00h in Movistar Premieres 2 (dial 31). The two most iconic kaijus (giant monsters) in the MonsterVerse universe meet again in a titanic combat that unfolds as the fate of the world hangs by a thread in this fourth installment of the cinematic universe developed by Warner Bros., Legendary Entertainment and the Japanese Toho and that brings together mythical kaijus such as Mothra, Ghidorah or Godzilla and Kong themselves.

Saturday 13
Shorta. The weight of the law

22: 00h in Movistar Premieres (dial 30). Good cop and bad cop descend into suburban hells in this fast-paced thriller about racism, riots, and police brutality. “An exciting cross between ‘Training Day and’ Assault on District 13”, in the words of Variety, with a timely social message that also brings the film closer to other titles such as ‘Les Misérables’ or ‘Riot Riot’.

22: 00h in Movistar Premieres (dial 30). A fun action comedy in which its young protagonists will have to burn wheels and dodge bullets to get out of an unusual first date alive. Manuel Crosby and Darren Knapp, directors and screenwriters of the film, wanted to make a refreshing update on films such as those shot in the 90s by Robert Rodríguez, Kevin Smith, Quentin Tarantino or the Coen brothers.

11:50 p.m. at Movistar Premieres (dial 30). Metaphysical lust, dating relationships and comedy come together in this hilarious and steamy sexually active ghost story starring Gloria, a girl who works in a bookstore who hasn’t had a single orgasm in her 30 years of life. However, this situation changes (in a very pleasant way for her) when she finds her ideal lover. She only has one flaw: she is dead.

22: 00h at Movistar Premieres 2 (dial 31). Oscar for Best Original Screenplay (Emerald Fennell) for this fascinating and transgressive film about female power and vengeance starring Carey Mulligan (‘Suffragettes’, ‘Shame’, ‘An Education’), whose performance earned her an Oscar nomination. This surprising debut in the direction of the actress and screenwriter Emerald Fennell (Camilla Parker Bowles in ‘The Crown’), mixes thriller and black comedy to tell the story of the beautiful and very intelligent Cassie, a young woman from whom everyone expected a great future … until something twisted it.

22: 00h in Movistar Premieres (dial 30). Singer Andra Day was nominated for an Oscar 2021 for her portrayal of Billie Holiday in this biopic about the FBI’s persecution of the unforgettable jazz singer. Directed by Lee Daniels (Oscar nominee for ‘Precious’ and creator of series like ‘Empire’, the film shows Billie Holiday, a young black woman raised in a US slum who has a dream: to succeed as a jazz singer and pop.

11:35 pm at Movistar Premieres (dial 30). Nominated for the 2021 Oscar for the best international film (representing Hong Kong), ‘Better Days’ is a tender and beautiful love story between two teenagers set in a harsh story of bullying and violence. Set in mainland China in 2011, the film shows how the young and intelligent Chen Nian, with serious financial and family problems, is preparing for the gaokao -the Chinese exam to enter the university- when one of her classmates, victim of school bullying , commits suicide.

22: 00h in Movistar Premieres (dial 30). Johnny Depp – unrecognizable thanks to a portentous characterization – plays the LIFE magazine photojournalist W. Eugene Smith in this biopic that rescues a figure as unknown as it is fascinating: that of the photojournalist who denounced one of the biggest environmental scandals in Japan.

22: 00h in Movistar Premieres (dial 30). Carlos Therón (‘I leave it whenever I want’, ‘It’s for your good’) directs Julián López, Natalia de Molina, Carlos Librado ‘Nene’ and Miren Ibarguren in a very cold action comedy full of chases, crossfire and falls to the empty. Julián López plays Sebas, a rookie policeman, unknown in the underworld, with the look of a slob and the gifts of a classical concert player, who is perfect for infiltrating as a keyboard player in Los Lolos, a flamenco-trap band that will play in the wedding of a local dealer’s daughter.

Tuesday 30
The last day of the Smiths

22: 00h in Movistar Premieres (dial 30). A love song for the group led by Morrissey and Johnny Marr through the eyes of their fans at the time. During one night, four friends learn to their regret that their favorite band, The Smiths, has disbanded. At the same time, another fan decides to storm a rock radio station and forces the DJ to dedicate the entire broadcast to the popular alternative band.