Home Entertainment All Movistar+ Premieres For March 2022: List Of New Series And Movies 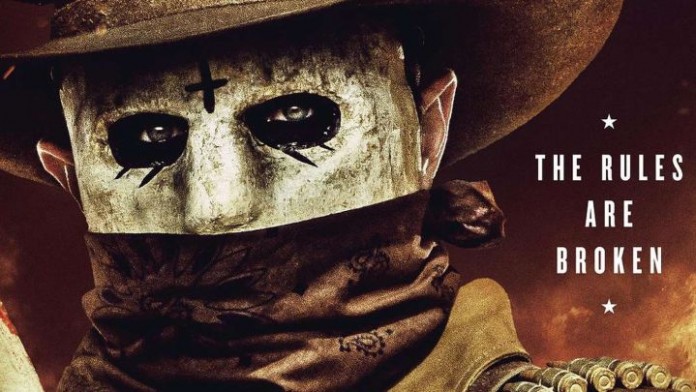 Movistar+: Of all the VOD platforms, Movistar+ always raises the flag of cinema. And if last month brought us several of the nominated films (and some later winners) of the Goya 2022, in March we have a mix of genres, the classic “a little bit of everything”:

Premieres by M+ (dial 30). The most expensive Danish production in history is this historical drama set in the early fifteenth century, a story of power, intrigue and political game with an impressive setting and no less spectacular performances.

friday 4
Peter Rabbit 2: On the Run

Premieres 2 by M+ (dial 31). The funny rabbits created by the British writer and illustrator Beatrix Potter return to the big screen in this second installment of the adventures of the mischievous Peter Rabbit (traditionally known in Spain as Perico the rabbit). Mix of live action and animation, and an ideal film for the whole family.

Premieres 2 by M+ (dial 31). An emotional and honest film about the eternal love of a father for his son: the true story of Joe Bell, father of a teenager harassed for his sexual orientation, who begins a trip across the United States to raise awareness among his compatriots in the fight for diversity and against bullying, a journey that must also heal his wounded and failed soul.

Wednesday 9
In a world of men. Unpublished Cinema

Premieres by M+ (dial 30). Anna Friel (‘Marcella’, ‘Pushing Daisies’) and Kelsey Grammer (television psychiatrist Frasier Crane) star in this romantic drama set in the American South in the early 1960s and with the fight for the civil rights of women and blacks at the center of history.

Friday the 11th
The Purge: Infinite

Premieres 2 by M+ (dial 31). Fifth installment of the ‘Night of the Beasts’ franchise, created in 2013 by James DeMonaco and produced by Blumhouse, a crude and violent saga (with a good dose of social criticism) set in a dystopian world in which, for twelve hours each year, any criminal activity, including murder, is legal.

Premieres by M+ (dial 30). Kristen Wiig and Annie Mumolo, screenwriters of the hit thug comedy ‘My Best Friend’s Wedding,’ reunite as writers and lead actresses in this hilarious and wacky tale of female friendship, romance, and… villains. In the film, Wiig and Mumolo play two inseparable friends from a town in the American Midwest who, after losing their jobs, decide to move away from their comfort zone for the first time.

Premieres by M+ (dial 30). Mads Mikkelsen is the protagonist of this very black comedy, as incorrect as it is full of social denunciation, about the casual, the probable… and the improbable. Mikkelsen plays Markus, a military man who returns home with his teenage daughter after the death of his wife in a train accident. Accident? Markus thinks it was just bad luck, but Otto, a math expert and also a passenger on the crashed train, is convinced that someone is behind it all.

Premieres by M+ (dial 30). Post-apocalyptic science fiction set on Earth in the not-so-distant future, a planet dominated by tides and marshes, where the crew members of the Ulysses 2 mission arrive, descendants of the ruling elite who left Earth after devastating it. Now, two generations later, babies are no longer being born on Kepler 209, the planet they settled on, and humanity pins all its hopes on its old home.

The only way out. Unpublished Cinema

Premieres by M+ (dial 30). Two stories intersect in this psychological thriller about violence, its aftermath, and the victims’ ability to overcome horror. One of them is that of Ana Kolar, who, six years after the fire that killed her husband -a famous Belgrade lawyer-, receives information that casts doubt on everything she thought she knew about the tragedy… and also about his family. The other is that of Dejan Strpce, a police inspector whose near death leads to a mysterious disappearance six years earlier.

Premieres 2 by M+ (dial 31). The Templeton brothers go back to childhood and rediscover the importance of family in this sequel to the 2017 film ‘The Boss Baby,’ which was nominated for an Oscar for Best Animated Feature. With the voices in the Spanish-dubbed version of Jose Coronado (who repeats as Ted Templeton) and his son Nicolás Coronado (as Tim), this action-packed animated family comedy shows Ted and Tim Templeton as adults and somewhat distanced.

Saturday 26
Escape Room 2: you’re dying to get out

Premieres by M+ (dial 30). Director Adam Robitel returns behind the cameras in this sequel to his blockbuster film ‘Escape Room’ (2019). Actors Taylor Russell and Logan Miller also repeat as Zoey and Sam, survivors in the previous film, who travel to New York to try to end the Minos company and avenge their dead companions.

Premieres by M+ (dial 30). Rachel Carey’s feature film writing and directing debut is this smart, irreverent and poignant black comedy that turns into a hilarious cry against gentrification and social decay in big-city neighbourhoods. ‘Dangerous Courts’ is set in a working-class Dublin neighborhood, Piglinstown, in full decline due to attacks and blackmail by Deano’s gang.

Fortnite: files suggest there will be collaboration