Home Celebrity All Members of BLACK PINK, Ages, Height, Roles And Much More 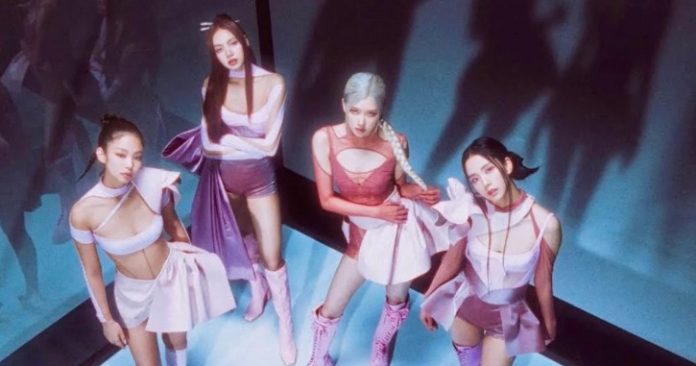 BLACKPINK is a female k-pop group of four members that debuted in 2016 under the management of YG Entertainment. They debuted with a single called Square One, which became an instant success and quickly put the girls on the international map. The group consists of: Lisa, Jisu, Rose and Jenny, and together they have conquered the world since their debut.

BLACKPINK is the most successful female K—pop group of all time and one of the most successful bands whose songs are constantly breaking records. Unlike many other K-pop artists, they have hit the Billboard charts several times and are enjoying success on YouTube: six of their videos have surpassed the one billion mark on the platform.

They have also received various awards, including: MTV Video Music Awards, Golden Disc Awards, MNet Asian Music Awards and many others. The band has gained a large number of fans locally and internationally and has accumulated solid equity both individually and collectively. They have also become global ambassadors for several luxury fashion brands.

Kim Ji-soo was born on January 3, 1995. She is 27 years old, 162 cm (5 ft 4 in) tall. She is a soloist and is considered the face or visual of the group. Jisu was enrolled in YG as an intern in 2011 and dropped out of Gwacheon Jungang High School to focus on her career. She was a trainee for five years before the band’s debut. During this time, she received an offer from SM Entertainment’s casting staff, but ultimately decided to decline the offer. Jisu played a cameo role in the 2019 Korean drama “Asadal Chronicles”, but officially debuted in 2021 in the lead role in the JTBC drama “Snowdrop”. Jisu is a global ambassador for the luxury brand Dior.

Kim Jenny Ruby-Jane, known as Jenny, was born on January 16, 1996. The 26-year-old, 163 cm (5 ft 4 in) tall, is a singer, rapper and actress. Jenny was born in South Korea, but moved to New Zealand when she was nine and lived there for five years. In 2010, she returned to South Korea and auditioned for YG Entertainment. After auditioning, she was a trainee for six years before debuting in the band. In 2018, Jenny made her solo debut with the single “Solo”, which earned her the Song of the Year award at the Circle Chart Music Awards 2019. Under the name Jenny Ruby Jane, she will make her debut in the upcoming HBO series “Idol”, written and produced by Abel Tesfaye, widely known as The Weeknd. She is a global ambassador for French luxury goods designer Chanel.

Park Cheung Rosanna, better known as Roze, was born on February 11, 1997, she is 25 years old, 168 cm (5 ft 6 in) tall. She was born in Auckland, New Zealand, but moved to Melbourne, Australia when she was eight years old. Roze is the main vocalist and co-lead dancer of the group. In 2012, she auditioned for the YG Global Audition in Australia and passed, eventually dropping out of Canterbury Women’s Secondary College to move to South Korea to focus on her singing career. She was a trainee for four years and two months before the official debut of BLACKPINK. Roze made her solo debut in 2021 with the single R, and the title track “On the Ground” reached number one on the Billboard Global 200 chart. She is a global ambassador for the luxury house Yves Saint Laurent, as well as Tiffany & Co.

Lalisa Manobal, also known as Lisa, was born on March 27, 1997, she is 25 years old. Her height is 167 cm (5 ft 6 in), she is a rapper, singer, dancer and model. Lisa was born and raised in Thailand, and then moved to South Korea to fulfill her dream of becoming a pop idol. After passing the 2010 YG Global Audition in Thailand, Lisa joined YG Entertainment as an intern the following year. She was a trainee for five years before BLACKPINK debuted. During the internship, she was a member of the Thai dance team We Zaa Cool, and this concert really paid off, since Lisa is the main dancer of the group. She is also a leading rapper and sometimes sings on many of their tracks. Lisa made her solo debut in 2021 with the album Lalisa, which earned her the award for Best K-pop Artist at the MTV Video Music Awards, becoming the first solo K-pop artist to win a VMA. Since 2020, she has been a global ambassador for the French luxury goods brand Celine and the Italian retailer and jeweler Bulgari.

Highlights from the drama, cast, synopsis and more