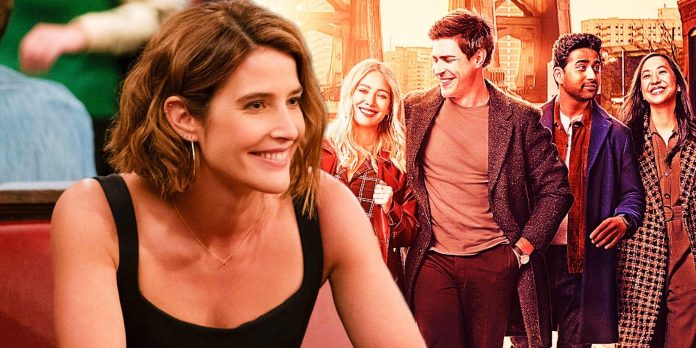 While the spin-off series initially seemed like a simple remake, “How I Met Your Father” quickly established itself in the same universe and was closely related to the original. The premiere of the first season of “How I Met Your Father” revealed that best friends Jesse (Chris Lowell) and Sid (Suraj Sharma) now live in Ted, Marshall and Lily’s old HIMYM apartment, which is located right above the familiar Maclaren’s pub. However, Jesse, Sid, Sophie, Valentina, Charlie and Ellen hang out at another bar that Sid owns. As these subtle connections continued to strengthen in the first season of How I Met Your Father, the last two episodes directly connected the two series with several cameos of HIMYM characters.

Although viewers were expecting a cameo from the recurring character “How I Met Your Mother,” Robin Scherbatsky unexpectedly returned in the finale of the first season of “How I Met Your Father.” Robin, one of the five main characters and Ted’s romantic interest in the endgame, had a rather controversial ending in HIMYM, which made her the best character to appear in the spin-off and redeem her story. At the end of the HIMYM timeline, she married Barney after Ted finally let her go, but in the final flash forwards, it was revealed that she and Barney had divorced, and Robin realized she still loved Ted. Focusing on her very successful journalism career, Ted and Robin finally found themselves together in 2030, and their reunion happened shortly after he finished telling his children the title story.

Robin’s return is directly related to her controversial ending with Ted, as in the timeline of “How I Met Your Father” 2022, the character was shown at a time when Ted was still with Tracy, and Robin distanced herself from the group. When Sophie met the famous Robin Scherbatsky at Maclaren’s pub, Robin linked her fears of being with Ted looking for love with Sophie’s fears that Jesse was moving too fast in their new relationship, since now Robin had the only option left to love Ted from afar. . Robin’s “How I Met Your Father” cameo also revealed that she secretly yearned for the old days with Lily, Marshall, Ted and Barney at the bar during this timeline, which is different from how Ted remembered her distance. Cobie Smulders’ return to the HIMYM universe was quite unexpected, but ultimately served a more important purpose for the stories of both Robin and Sophie.

The first major cameo of the HIMYM character in “How I Met Your Father” appeared in George “Captain” Van Smoot. The captain was introduced in season 6 of “How I Met Your Mom” as the wealthy, seafaring-obsessed husband of Zoey, Ted’s nemesis turned girlfriend. After Zoey and the Captain divorced and she subsequently dated Ted, Captain HIMYM actually became a much more popular and prominent recurring character. Kyle McLachlan’s character would later return to hire Lily Aldrin from How I Met Your Mom as his artistic consultant and eventually marry Becky, Ted’s ex-girlfriend and Robin’s former boat-crazed co-host.

The Captain then also appears in episodes 9 and 10 How I met your father when Sophie tells the story of her divorce from Becky, who catches him cheating on her after ten years of marriage. During the divorce proceedings, George “Captain” Van Smoot makes the infamous canon of explaining the pineapple incident, as the mystery was originally revealed in a deleted scene from season 9 of HIMYM. The season 1 finale “How I Met Your Father” links his divorce to Sophie’s story when revealing that the Captain owned a boat that Sophie’s perfect boyfriend, Ian, was working on in Australia, and his marine biology expedition was canceled after Becky got the ship. When this connection between the Captain and Ian is established, “How I Met Your Father” suggests that McLachlan may return in season 2.

Pacman The History of Behind The Game

90-day grooms of stars who lost weight before parting