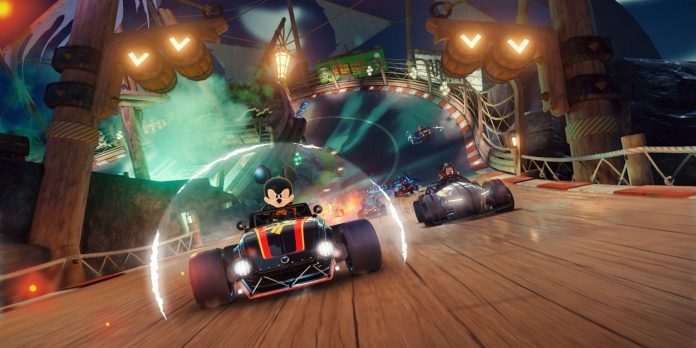 Unveiled at this year’s Disney and Marvel Games Showcase, Disney Speedstorm is getting a huge update that expands its roster and maps, including Pixar’s Monsters Inc. Although the game has not yet been officially launched due to delays after beta testing, Disney Speedstorm is slowly developing. . It consists of various Disney properties and franchises in preparation for its full release. Since the game brings together faces and places both young and old in the Disney repertoire, it seems that Disney Speedstorm will provide a wide selection that will suit a wide variety of players.

Currently, only a few franchises have been officially confirmed for Gameloft’s Disney Speedstorm, but it’s likely that more will be added as seasonal content in the future. Until Disney, Gameloft or now Pixar confirm further details after the inclusion of Monsters Inc., fans will still be able to enjoy the list of Disney Speedstorm it will offer at launch, with a range from classic Disney movies like “The Jungle Book” to more recent franchises like the current series “Pirates of the Caribbean”.

“Mickey Mouse and Friends” covers a wide range of Disney movies, TV shows and more and arguably contains the most iconic cartoon characters of all time. After Mickey and company reappeared in Kingdom Hearts, it’s no surprise that both Mickey Mouse and Donald Duck starred in Disney Speedstorm as racers. They are accompanied by various tracks, including some from Toon Village, based on a similar Toontown, and others from the conceptual Silver Screen with a black-and-white aesthetic. It is likely that additional characters such as Minnie Mouse or Goofy will appear in the future.

Considering that the first animated release on the big screen took place in 1967, “The Jungle Book” may not have seemed to fans an obvious first choice for inclusion in the Disney Speedstorm list. However, since his popularity has somewhat revived after the 2016 film adaptation, both Mowgli and Baloo appear in Disney Speedstorm as racers along with a track inspired by the franchise setting: Jungle Ruins. It’s unclear if Gameloft will add more characters or tracks from the franchise, but the inclusion of the Jungle Book at least demonstrates that even the oldest Disney properties have a place in Disney Speedstorm.

While it’s not the only Disney princess movie to appear in Disney Speedstorm, Beauty and the Beast is currently one of the oldest. However, as in the case of “The Jungle Book”, in 2017 “Beauty and the Beast” still got a remake with live actors and plans for a prequel “Beauty and the Beast”, but despite this, Belle is a cult princess worthy of a place in Disney Speedstorm. Along with Belle, the game also adds a Monster as a racer and additionally includes several tracks based on the Monster Castle. Now that the first villain from Monsters Inc. has been confirmed for the game, perhaps Gaston could be an addition in the future.

Unlike “The Jungle Book,” “Beauty and the Beast,” or “Mulan,” “Hercules” is currently the only franchise that has yet to receive a recent adaptation for use in Disney Speedstorm. However, one of them is supposedly in development, and perhaps that is why it was introduced into the game to increase interest in the upcoming Hercules remake. Despite this, “Hercules” is still one of the original classic Disney films and brought a unique visual image to the game thanks to tracks based on ancient Greek architecture and mythology. Although it currently includes Hercules and Megara as racers, Hades may soon join them.

Having recently seen the film adaptation in 2020, the eponymous Mulan appears alongside Belle in the role of another of the famous Disney princesses in Disney Speedstorm. She is then accompanied by Li Shang. Despite the controversy and Mulan’s boycott, it seems that Gameloft is keen to focus on the animated version while remaining true to the original vision of the franchise. It is unknown if any of the Huns will compete with Mulan, but the trio of Yao, Ling and Chien-Po may appear as riders.

The latest update of Disney Speedstorm, announced at the Disney and Marvel Games Showcase, Monsters Inc. will add a lot of new racers and tracks to the game. With a map inspired by the titular Monsters Inc. factory, it seems that the new franchise will also have more racers than any other, including the main characters James P. “Sally” Sullivan and Mike Wazowski, as well as the characters Celia Mae and Randall Boggs. Not only will this become the new standard for the number of racers from one franchise, but it will also add the first villain, opening the door for other franchises to do the same.