Home Entertainment All films of the trilogy for $ 3 in the rating from... 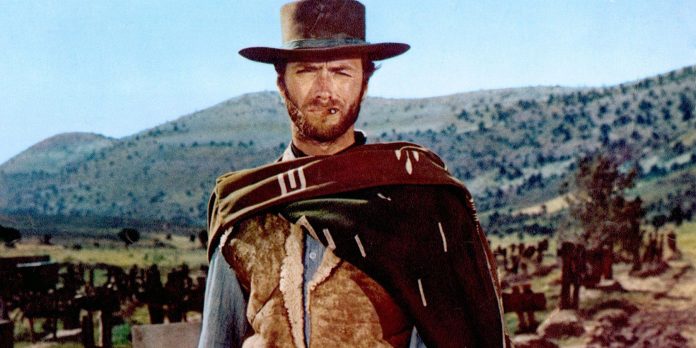 The Clint Eastwood-starring Dollars Trilogy films are among the most recognizable and iconic Western movies in the cinema history — here are all three, ranked from worst to best. Director Sergio Leone’s unique vision of the Wild West has struck a chord with film buffs for decades now and is still just as relevant as it was in the 1960s. Couple that with Eastwood’s iconic Man With No Name character and the two make for perhaps the finest series in the Western genre.

In the 1960s, American Westerns had been rather played out, and apart from the odd John Wayne picture being the exception, American-produced Westerns pictures didn’t turn a profit as they used to in the previous decades. Filling this void were the Italian Westerns, also known as Spaghetti Westerns, with Sergio Leone’s team-up with Eastwood spearheading this movement for the genre, reinventing the Western with a completely new and unique vision. Whereas traditional American Westerns had black-and-white moral structures, following the classic good vs. evil stories, Leone’s Dollars Trilogy took a rather morally gray and ugly approach to the genre, with a hero who borders more on anti-hero territory and has selfish motivations.

Clint Eastwood, coming off of his breakout success with the hit series Rawhide, transitioned to the silver screen in his first big leading role, the Man With No Name. Rather than being the standard John Wayne hero archetype, Eastwood’s character isn’t much better than the men he’s gunning down, though he still has a moral center that keeps him from becoming a villain. This was just a new idea for the genre, and it really revitalized the Western for the better. Here are all three films in the loosely-connected Dollars Trilogy, ranked from worst to best.

The first entry in the Dollars Trilogy is also the weakest, but that’s not to say it’s bad. This is a well-crafted Western with an endlessly engaging protagonist in the Man With No Name, or Joe, as he goes by here, and Eastwood’s screen presence carries the film in superb fashion. With his steely gaze, his rough but calm voice, and his stoic demeanor, Eastwood embodies this character with almost intimidating confidence and wit. The Man With No Name is the prime example of an excellent anti-hero. He’s someone the audience can root for in the situation without having to completely side with him, at least morally speaking. Clint Eastwood’s Man With No Name’s influence on cinema is still being felt to this day, with characters such as Star Wars’ Boba Fett clearly being inspired by this iconic character.

Where A Fistful of Dollars falls short, in relation to its two successors, is in its direction. Not to say that Sergio Leone’s direction and style aren’t remarkably impressive and revolutionary for this genre, but Leone’s direction isn’t nearly as assured here as it is in the later films. He seems to be finding his footing a little more with this first addition to the trilogy. The budget Leone is working with is clearly smaller as well, which makes the film feel a little restricted and stripped down when compared to its successors.

For a Few Dollars More is a definite improvement upon its already strong predecessor, excelling in everything a sequel should do. Clint Eastwood’s performance is even better, the story and characters are stronger, Leone’s direction is excellent, and composer Ennio Morricone’s score is indescribably incredible. Leone’s vision of the Wild West and its inhabitants comes into full perspective here, in all its gritty nature.

Related: Every Movie Clint Eastwood Has Directed Ranked From Worst To Best

The addition of Lee Van Cleef’s Col. Douglas Mortimer is an absolute delight, as he pairs up with Eastwood’s Man With No Name, going by the name of Manco this time around. The two work magic together and add an extra sense of charisma that Eastwood wasn’t able to capture with his supporting cast in the previous film. The pair’s pursuit of wanted outlaw El Indio is a riveting change of pace from the more cliché Western plot of A Fistful of Dollars, and the film has many more opportunities for spectacle and tense action than its predecessor did. The only thing that keeps the Clint Eastwood Western sequel from being the strongest of the Dollars Trilogy is the simple fact that it’s not as refined and perfected as its sequel is, leaving it as the runner-up.

Arguably the greatest Western film ever made, The Good, The Bad, and The Ugly is a masterpiece of filmmaking and is easily the best film in the Dollars Trilogy. Sergio Leone’s craft is stronger than ever with this film, and he creates one of the most compelling epics that have ever graced the screen. The third and final entry of the trilogy improves upon its two predecessors in every aspect possible. Leone’s precise direction is paired with a series-best Clint Eastwood performance and a masterful score by Ennio Morricone.

The character work is easily the strongest of the three films here. Whereas A Fistful of Dollars started off simple with only Eastwood at the center, both sequels added an additional cast member to co-lead with Eastwood, resulting in a dynamic between the characters which the first film lacked. Lee Van Cleef’s Angel Eyes is as menacing and cold as they come, but it’s Eli Wallach’s Tuco Ramirez who nearly steals the show.

The Good, The Bad, and The Ugly plays with the idea of morality in a way the previous films did not, with each of its characters representing a different angle of the concept of morality. The layers given to each of them have each of the three men go beyond the simple labels they’re given. Each of them are greedy and selfish in some way, with Clint Eastwood’s Blondie, despite being given the label of “The Good,” still ultimately being in it for the money more than anything else.

The story takes a page out of For a Few Dollars More’s book and revolves around a pursuit, this time for a strongbox containing $200,000 in gold, with each of the three leads on the hunt, each with their own motives and ways of doing things. This keeps the pursuit tense and unpredictable, as each character is willing to go to their own lengths for what they want. This all culminates in one of the greatest finales in film history, capping off this trilogy in perfect fashion and easily making this the best film in the Dollars Trilogy.

The Witcher: Nightmare of the Wolf Wins Full Netflix Teaser