Home Entertainment All elements of Dead Space shown in the Callisto Protocol trailer for... 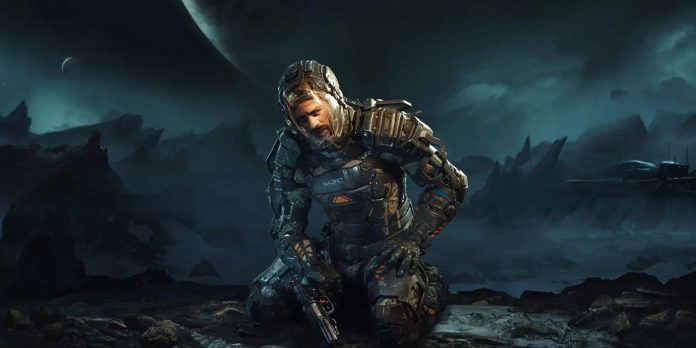 By now, almost everyone who has heard of The Callisto Protocol knows that the game is directed by Glen Schofield, one of the creators of the EA—owned Dead Space franchise. While EA is busy with the upcoming remake of the first Dead Space, Schofield has created his own studio — Striking Distance Studios — and is working hard on what is now known to everyone as The Callisto Protocol. Schofield’s newest project takes place in the Black Iron prison colony, located on Jupiter’s moon, Callisto. In the role of prisoner Jacob Lee, players find themselves in the epicenter of an alien invasion, which seems to have been organized by prison guards.

Despite the new coat of paint, it is clear that Schofield drew inspiration from his work on Dead Space when creating the “Callisto Protocol”. To begin with, both games are third-person survival horror games set against the backdrop of outer space. They also happen in the midst of an alien invasion/infestation. Moreover, in both games, the main characters are unlikely, who have virtually no experience fighting these creatures. These are just a few elements of The Callisto Protocol taken from Dead Space. As the game approaches its December release and more gameplay is revealed, players will begin to see how much Jacob Lee’s story is similar to Isaac Clarke’s. The recent release of a new Gamescom game trailer does just that.

The minimalistic interface is back

Just as Dead Space has kept its HUD elements to a minimum, The Callisto Protocol looks like it will provide players with all the information they need just by taking a quick glance over Jacob Lee’s shoulder. Along the back of Jacob’s lower neck is an obvious green health bar, as well as what looks like a small energy bar right above it. Jacob’s health is easy to determine thanks to his bright color scheme, which varies depending on the remaining life points of the character. If viewers take a closer look at the Gamescom trailer, they will see that when taking damage, the stripe changes color from green to orange, and then to red when health becomes critically low.

The streak over Jacob’s health is a little harder to decipher, as it is much smaller and less obvious. This segmented white line may show how much power Jacob’s telekinetic module can use, but it’s too early to tell what this element of Jacob’s suit actually does. Oddly enough, the Callisto Protocol doesn’t take full advantage of the real estate on Jacob Lee’s back. Unlike Isaac Clarke from Dead Space, whose entire back was filled with easy-to-read information such as his current health, stasis, and oxygen levels, most of the built-in elements of Jacob Lee’s suit seem to be squeezed into the back of his lower neck.

However, the HUD of the weapon has hardly changed compared to Dead Space, since the Callisto Protocol uses an easy-to-read ammunition counter that can be found on the back of each weapon. By placing an ammo counter here and allowing Jacob Lee to aim at a certain position, the game intelligently creates more space on the screen so that players can see the environment and potential threats. When players play a game as dark and terrifying as the Callisto Protocol, they will need all the spatial understanding they can get.

As with the necromorphs from Dead Space, it seems that the enemies in the “Callisto Protocol” will be difficult to kill. The aliens need several bullets to kill them, and head shots don’t seem to work on them. Moreover, it seems that some enemies can regenerate lost appendages, which may make players feel relieved that they are no longer playing Isaac Clark chopping off limbs. While the Dead Space dismemberment system is missing from The Callisto Protocol, it looks like the game will allow a bit of stealth and hand-to-hand combat. The Gamescom trailer shows Jacob Lee crouching and discreetly destroying an enemy with a contextual button, as well as dodging some enemy attacks from close range and striking back with his own melee strike weapon.

Telekinesis and stasis are coming back (sort of)

Isaac Clarke’s two most indispensable tools in Dead Space were his Kinesis and Stasis modules. With their help, he could move heavy equipment, solve puzzles and, most importantly, use sharp objects as throwing weapons and temporarily freeze enemies. The Callisto protocol looks like it will combine kinesis and stasis into one resource that Jacob can use. The Gamescom trailer shows that players can attract enemies from a distance and freeze them in place.

From here, players have several options. They can carry a frozen enemy with them and use it as an improvised shelter from the attacks of other enemies. They can also throw them at other enemies. But it is quite possible that the coolest option would be to throw an immobilized enemy into one of the many environmental hazards of the Callisto Protocol.