Home Entertainment All discoveries in the interactive Annapurna showcase 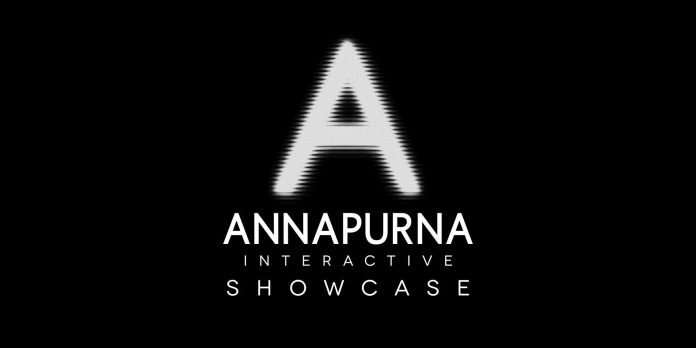 This week, the second interactive presentation of Annapurna took place, where new games were presented, as well as release dates and reissues of favorite classic games. The critically acclaimed publisher held the first interactive presentation of Annapurna last summer and aroused great fan interest in upcoming games, and this year was no exception. The publisher of indie games has become famous for its excellent track record. In the past, he has released games such as Outer Wilds, Kentucky Route Zero and Twelve Minutes.

The games released by Annapurna Interactive have recently had a great track record, usually with strong stories, unique mechanics and stunning visuals. There are more than 20 games in the publisher’s catalog, and even a few lesser-known games, such as Sayonara Wild Hearts and The Artful Escape, were highly appreciated.

Most of Annapurna’s interactive showcase is dedicated to partnerships with independent developers that the publisher has formed, paying attention to small teams of creators, as well as news about upcoming games. Announcements of new games were accompanied by information about some of the favorite indie video games that will receive next-generation updates or will appear in the Game Pass in the near future. Although the presentation was short, several exciting announcements were made at the Annapurna Interactive Exhibition.

Bounty Star is an upcoming game from developer DINOGOD, which is scheduled for release in 2023. Bounty Star is an action—packed over-the-shoulder game featuring Western-style mech fighting. Players take on the role of bounty hunter Clementine in a post-apocalyptic version of the American Southwest called Red Expanse. The game will offer a variety of mech customization options that players can do while fulfilling Clem’s duty as a bounty hunter and improving her home base.

Flock is the result of a collaboration between Richard Hogg and Hollow Ponds, who previously released a game with the artistic experience of Hohokum and the favorite story game I Am Dead. Flock is a collaborative game about the joy of flying in which players take on the role of shepherds of flocks of delightfully colorful creatures. Players will take care of their herd, leading it to different pastures and learning about the secrets of the surrounding world. Flock should be released sometime in 2023.

Despite the fact that the release date has not yet been announced, Forever Ago looks like a unique game based on the plot from the Third Shift development team consisting of two people. The main character Alfred embarks on a journey after a “tragic twist of fate” forces him to seek redemption. Players will travel in his van through beautiful terrain inspired by one of the developers’ trips along the Pacific Coast, meeting interesting characters and using Alfred’s camera to document the trip and solve puzzles along the way.

The Lost Wild is from independent developer Great Ape Games and looks like Jurassic Park video games. However, The Lost Wild focuses on the realism of what it would be like to coexist with dinosaurs that behave like animals, not like monsters from movies. The survival horror game puts players in a lush wild environment where they will play cat and mouse games with dinosaurs that roam the earth, struggling to find supplies and stay alive. A mysterious voice on the radio offers players hope of escape while they travel the world of The Lost Wild, which currently has no exit window.

Several titles, some of which have not yet been named, from favorite developers were teased at the Annapurna Showcase. This includes a new game from the developer of the dark story game Kentucky Route Zero, which, according to the developers of Cardboard Computer, will have a faster pace and a more comedic slant than its predecessor. Another unnamed game from Irish developer DREAMFEEL, who was behind the critically acclaimed If Found…, also received brief attention for the new game during a presentation in which the developers excitedly mentioned that all the main characters would be cats.

A very short and mysterious fragment of the trailer teased a new game from the developer of the comically strange Katamari Damacy puzzle series by Keita Takahashi. The game is called Uvula, and its trailer shows a sleeping man with his mouth open, focused on his tongue. In fact, everything about the game is currently unknown, but given the strange subject matter, it seems that Uvula will have the developer’s trademark sense of humor.