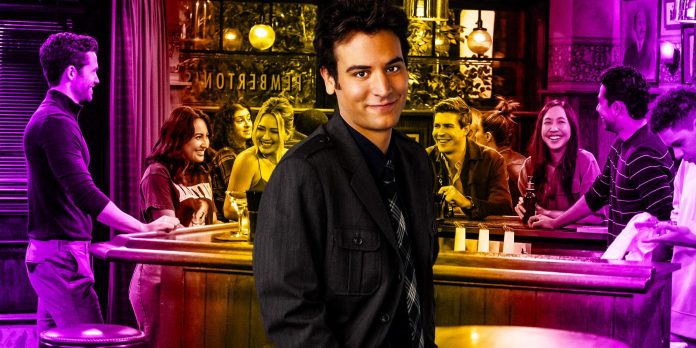 Hulu’s How I Met Your Father doesn’t simply take a twist on HIMYM’s original storytelling formula, as it also directly repeats several memorable storylines. Set approximately nine years after How I Met Your Mother’s ending, How I Met Your Father follows Sophie (Hilary Duff) as she tells her son the story of how she met his father. The set-up for Sophie’s How I Met Your Father plot repeats that of Ted Mosby’s (Josh Radnor) from HIMYM, with both narrators telling exciting anecdotes from their youth as they navigated love, friendships, breakups, and life in New York City before finding the parent of their children.

Unsurprisingly, the dynamics of the characters in How I Met Your Father elicited many parallels to those from HIMYM, particularly in terms of season 1’s romantic pairings. With so many similarities between How I Met Your Father and HIMYM, the series’ status as a spinoff was questioned, with many wondering whether it was simply a modern remake. However, How I Met Your Father’s pilot quickly established that the two series took place in the same universe, with new characters Jesse (Chris Lowell) and Sid (Suraj Sharma) now living in Ted and Marshall’s (Jason Segel) old apartment above MacLaren’s Pub. How I Met Your Father didn’t stop the connections at subtle references, as the end of season 1 featured several cameos from HIMYM characters, including Robin Scherbatsky (Cobie Smulders), The Captain (Kyle MacLachlan), Becky (Laura Bell Bundy), and Carl the bartender (Joe Nieves).

Related: Genius How I Met Your Father Theory Justifies A Perfect Barney Cameo

When Robin Scherbatsky cameoed to help Sophie decide the fate of her romance with Jesse in How I Met Your Father’s season 1 finale, the parallels between the two series were established as purposeful, but with the spinoff introducing a few twists on the original’s romances. Even small comedic storylines from HIMYM have found their way into Sophie’s tale, suggesting the spinoff series will continue to copy the fun anecdotes from Ted’s narrative in How I Met Your Father season 2. From major romantic arcs to grand gestures, here’s a breakdown of the HIMYM stories that How I Met Your Father season 1 repeated.

Sophie & Jesse Decide To Remain Friends After The Pilot

Since Sophie is now taking on the Ted role in How I Met Your Father, it’s fitting that her early romantic story with Jesse repeated the set-up between Robin and Ted in HIMYM season 1. After Sid commented that Jesse clearly liked Sophie in the pilot and the two began flirting more in the second episode, How I Met Your Father clearly established that the pair would be following the Robin and Ted will-they-won’t-they routine. Similar to how Ted and Robin admitted their mutual attraction but agreed to be just friends at this point in their lives, Sophie and Jesse decided they shouldn’t pursue a relationship while they’re both still “messes.” Of course, Robin and Ted’s romantic feelings crept back up before the end of HIMYM season 1, just as they did for Sophie and Jesse in How I Met Your Father.

Sid & Hannah Get Engaged In The Pilot

HIMYM’s pilot notably began with Marshall preparing to pop the question to Lily (Alyson Hannigan), his girlfriend since freshman year of college. By the end of the episode, Lily and Marshall are officially engaged and go to MacLaren’s Pub with Ted and Barney to celebrate. How I Met Your Father’s pilot begins the same way for Sid, as he gets ready to propose to his girlfriend Hannah (Ashley Reyes), who he’s been dating since med school. Sid and Hannah become engaged at his bar while Sophie and Jesse’s romance begins to blossom, establishing the former as How I Met Your Father’s new Lily and Marshall. However, this parallel led HIMYM fans to believe Sid and Hannah were headed for a breakup at the end of How I Met Your Father season 1, as their fights about trust and the future repeated the problems that plagued Lily and Marshall before their HIMYM season 1 finale split. In How I Met Your Father’s season 1 finale, Sid and Hannah surprised the characters with the reveal that they had been secretly married rather than had a shocking breakup.

Charlie Burns His Passport For Valentina

One of How I Met Your Father’s more subtle copied storylines from HIMYM was when Charlie (Tom Ainsley) burned his passport in a grand romantic gesture for Valentina (Francia Raisa). The circumstances of this action repeated those from HIMYM season 8 when Barney burned his Playbook as a way to prove his love for Robin. Both were signaling the end of the playboy personas for Charlie and Barney, proving that Valentina and Robin could trust in them completely and that they were loyal and meant to stay in this relationship long-term. Charlie’s passport represented the notion that he moved around the country to pursue other women, while Barney’s Playbook symbolized his womanizing and fear of commitment.

Sophie Chips Her Tooth Before An Important Night

Barney’s romance with Nora had several notable developments that helped him grow into a more emotionally vulnerable character, but one of the most memorable moments was their big date before planning to become intimate in HIMYM’s season 7 episode “Noretta.” On this occasion, Barney had planned for everything to go perfectly, but the night hit a major bump when Nora chipped her tooth while ice skating. Barney had to take Nora to a suspicious all-night dentist to keep the night from being a total disaster, though several more bad occurrences continued to impact their date.

This same catastrophe affected Sophie in How I Met Your Father’s season 1 episode “The Perfect Shot,” where she chipped her tooth while trying to take the perfect photograph. Jesse then brought her to a sketchy dentist that could fix her tooth at night, but when the two were driving back from the appointment, a problem with Jesse’s car led Sophie to chip the tooth again. With no time to get another suspicious fix by the dentist, Sophie was forced to attend her boyfriend Drew’s important fundraiser with a broken tooth.

Sophie’s highly uncomfortable attempt to break up with Drew in How I Met Your Father season 1 episode 9 is foiled by his parents being at his apartment, with his mom determined to give him their bad news before Sophie can give Drew hers. After Sophie and Drew’s mom battle with who will deliver their news first, Sophie finally tells Drew that they aren’t meant to be, partially because he doesn’t believe in her dream of being a photographer. Sophie’s awkward breakup repeats a notable story for Ted in HIMYM’s season 5 episode 16, where Ted tried to let Henrietta off of his “hook” until it was revealed that her parents were there. Henrietta believed Ted was trying to propose to her, but after considering marrying her in order to avoid the awkwardness, Ted blatantly informed her that they would never be together.

The original series notably repeated one story for all five main HIMYM characters: They each had upsetting subplots connected to their fathers. Ted struggled to connect with his father on anything outside of beer and baseball, Marshall’s father unexpectedly passed away before baby Marvin was born, Barney never knew his father growing up, Robin’s stern father never showed her affection or approval, and Lily’s father was largely absent in her childhood and couldn’t give her the attention a child requires. How I Met Your Father’s protagonists are no different; Sophie’s mother is flaky and acts as the child in the relationship, Charlie received therapy after his mother never showed him affection, Jesse seems to resent his mother’s affair with a man named Chuck, and Ellen (Tien Tran) had to move away with their mother while Jesse stayed with their father. Sid and Valentina’s relationships with their parents haven’t been hashed out yet in How I Met Your Father, but it seems inevitable that they’ll follow suit in copying HIMYM’s parent issues.

Related: How (& Why) How I Met Your Father Dropped One Of HIMYM’s Best Tricks

How I Met Your Father’s pilot sees another copied HIMYM story through siblings Jesse and Ellen. When Ellen is first introduced, she tells Valentina and Charlie that she’s Jesse’s sister, but with the disclaimer that she’s “adopted, obviously.” Jesse and Ellen present another mixed-raced sibling dynamic in the ilk of Barney and James in HIMYM, who often had to explain the story behind why the brothers looked so different. While Ellen feels the need to explain that she’s adopted since she’s Asian and Jesse is white, many question Barney and James’ blood relationship since the former is white while the latter is Black. However, while Ellen gives new friends a disclaimer about her connection to Jesse, Barney and James didn’t divulge the truth of their half-brother relationship unless asked about it directly.

In How I Met Your Father’s season 1 finale, “Timing is Everything,” Sophie and Jesse sleep together for the first time, but disaster strikes when Jesse accidentally says “I love you, Sophie” while asleep. Sophie begins to freak out after hearing this, as she’s not prepared to move that quickly in their relationship that only just began. However, Jesse doubles down on letting the “I love you” slip, wondering if it’s really that bad when that’s how he truly feels. This is pulled directly from HIMYM’s pilot episode, which saw Ted say “I think I’m in love with you” to Robin on their first date. From then on known as “pulling a Mosby,” Robin became flustered when Ted professed his love so quickly, explaining that he was moving way too fast. Of course, in How I Met Your Father, Sophie then went to MacLaren’s Pub and found none other than Robin Scherbatsky sitting at the bar, where she told Sophie that she shouldn’t let fear ruin her romance with Jesse as it did for herself with Ted. 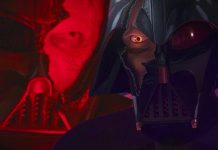 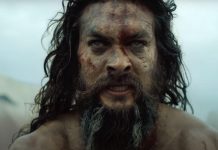 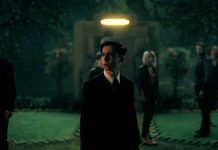 Yik Yak Is Officially Back 4 Years After It Was Shut...