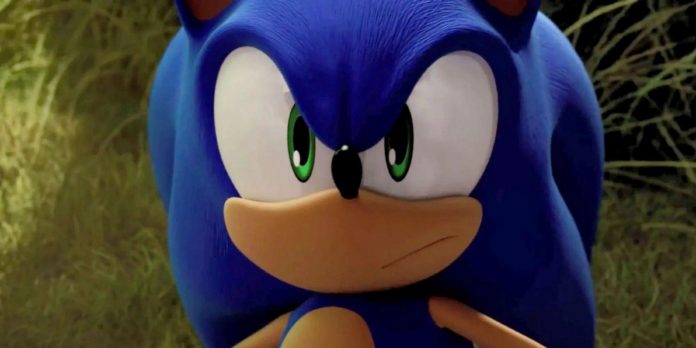 2022 was a great year for the games. With such hits as Elden Ring, Pokemon Legends: Arceus, Stray and Horizon Forbidden West, this year has established itself as one of the best in recent times, and the fight for the first place will be quite difficult. fought at the end of the year. With so many stellar games already released this year, it’s easy to forget what awaits us in the second half, and there are some real contenders for the title of game of the year. Although Sonic Frontiers didn’t have the best reputation before launch, it could surprise people.

The release of Sonic Frontiers is scheduled for the 2022 holiday season. In it, the franchise moves into the realm of free movement and open-world game design, where the player can freely explore several different zones. Judging by the trailers released so far, the game looks a bit rough in some places, but at its core Sonic Frontiers is a very promising game, and fans of the series should feel at home with its story. Being in a completely new place on the Starfall Islands, Sonic is tasked with finding the Chaos Emeralds again, and he has several familiar faces helping him on this journey.

All characters are confirmed for Sonic Frontiers at the moment

Sonic Frontiers will begin with Sonic, Tails and Amy being dragged into a mysterious wormhole caused by Dr. Eggman’s interference with ancient technology on the Starfall Islands. Waking up on one of the islands, Sonic finds himself separated from his friends, and after greeting the AI, Sonic learns that his friends are lost, and that he will need to collect Chaos Emeralds to defeat the Titans and save them. During the adventure, Sonic will meet several characters, some of whom will again become fan favorites, and some will appear for the first time in the canon.

Along with Tails, Amy and Dr. Eggman, Big Cat also returns to Sonic Frontiers. According to a recent Game Informer review, players will be able to fish with Big the Cat, which will give them some in-game currency to use on vault keys and other items. The Big Cat will probably appear at the very beginning of Sonic Frontiers, as it will reportedly appear on the island of Kronos, which is the first place Sonic will visit after escaping from cyberspace and meeting with AI.

At the moment, no other classic Sonic characters for Sonic Frontiers have been confirmed yet, but several brand new characters and creatures have been announced. In Sonic Frontiers, players will need to protect and collect small creatures known as Coco. These creatures are the ancient inhabitants of the Starfall Islands, and their salvation will give Sonic improvements in attack power, speed and health. Players will need to pass these Cocos to the Hermit Coco or Elder Coco to receive their rewards.

One of the most mysterious characters of Sonic Frontiers is Sage. Taking the form of a young girl, similar to a child, Sage will appear in Sonic Frontiers, constantly warning Sonic about the dangers that the Islands of Starfall are fraught with. Judging by their appearance, with a red computer code on their clothes, it seems that Sage may be closely connected with Cyberspace and the AI that brought Sonic to the islands. It is currently unclear if Sage is ultimately the antagonist of Sonic Frontiers, or if she is actually trying to help Sonic and his friends.

Sonic Frontiers is also home to a number of bosses, all of which are brand new to the Sonic franchise. All these bosses are mechanical huge creatures towering over Sonic. An Asura the size of a tower is able to crush Sonic with just one blow, while a Ninja is a much more agile and dexterous opponent. At the moment, two more bosses have been confirmed: The Tower looks the same as its namesake and is able to shoot spikes of energy, and the Flyer can hover over the battlefield and attack those who are under it.