Home Entertainment All Apple Watch models are compatible with watchOS 9 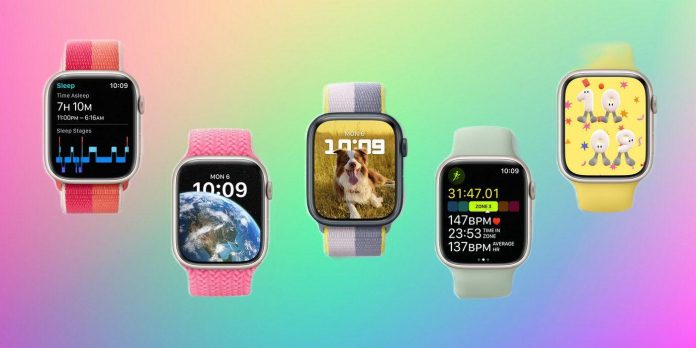 Apple’s watchOS 9 will be deployed on a variety of Apple Watch models, but there are also well-known devices that will not receive the latest update. At the World Developers Conference (WWDC) on June 6, Apple announced watchOS 9 with many new features, many of which are focused on health and fitness. While some of the new features are designed for certain types of athletes, such as runners and swimmers, others are part of the Apple Fitness+ subscription, which was launched in 2020.

Apple usually supports its hardware with updates long after their initial launch. As part of the plan, the iPhone 8, 8 Plus and iPhone X released in 2017 will also receive a brand new iOS 16 update, and the iPhone 6s, iPhone SE, iPhone 6s Plus, iPhone 7, iPhone 7 Plus and iPod touch are excluded from the list of supported devices. Apple Watch support will also be exhaustive, and plenty of devices should get the latest version of watchOS.

What makes Apple’s decision on the EoL (end of life) Watch Series 3 curious is that Apple still sells them in many markets around the world as an affordable alternative to newer Apple Watch models. It’s available for less than $200, and some tech blogs often recommend it as a decent purchase at that price. However, the device was released back in 2017 and is outdated in the rapidly changing world of smartwatches. By about 2022, many new options will be available on the market, often at lower prices.

Looking at what watchOS 9 has in store for users, the update includes new watch faces, sleep stages, atrial fibrillation history, medication tracking, and more. The Workout app has also been updated to display more information and metrics. It will also allow users to add new alerts about pace, power, heart rate and pedal speed. The app now also supports the new Multisport training mode for triathletes, allowing you to automatically switch between swimming, cycling and running. Although the Apple Watch is usually designed for regular users and not for professional athletes, the company hopes that the new updates will make them an important tool for fitness enthusiasts who prefer Garmin or other similar devices.