Home Entertainment All About The Matrix Resurrections: Release Date, Trailer, Cast And Synopsis 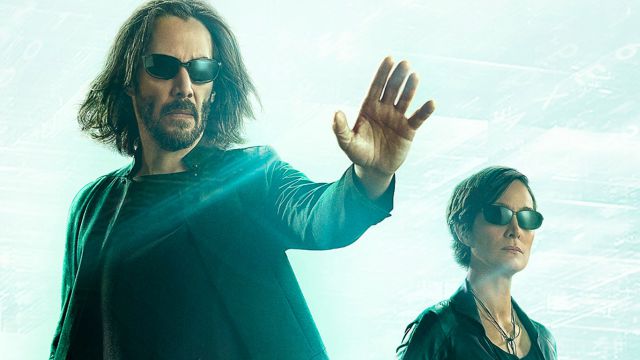 Matrix Resurrections: Neo’s long-awaited return is getting closer and closer. We review all the details of the film when there are only a few days left for its theatrical release. There are only a few days left for The Matrix Resurrecions to debut in theaters. In the case of Spain, it will not be released simultaneously on HBO Max, so we will have to go yes or yes to enjoy it on the big screen. Keanu Reeves, Carrie-Anne Moss and Jada Pinkett Smith are some of the stars who return for this fourth film, which is not a direct sequel to the use, but a more autonomous product that does not forget the three original films.

Directed by Lana Wachowski, The Matrix Resurrections does not feature her sister Lilly Wachowski, although both created and handled the rest of the saga. Throughout this article we offer you the keys to the feature film, its release date, cast and other details to take into account. Ready to take the red pill and travel to the cyber worlds of the Matrix with Neo, Trinity and company? Take one drink and read on to find out everything.

Release date of The Matrix Resurrections

What is essentially Matrix 4 will hit theaters around the world this December 22; also on HBO Max in the United States and Latin America, the new HBO platform with more premium content and simultaneous premieres. In Spain we will have to wait for its incorporation to the catalog. That is the final release date of a production surrounded by an expectation at the level of very few productions. There have been several delays that have altered the plans, but we can finally discover what awaits us in this work from Village Roadshow Pictures and Warner Bros.

In addition, it should be said that from this December 3 we will be able to see the original Matrix also in theaters. All the details of the rerun in this article.

“Preparing the ball…” — Sean Levy Releases an Exciting Update of...