Home Entertainment All 6 Final Fantasy Games that can be played with PS Plus... 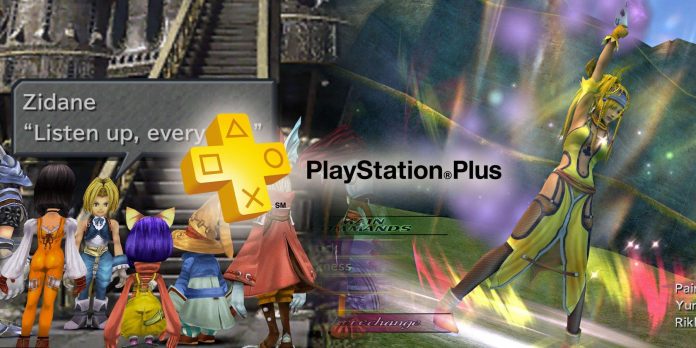 Sony recently launched an updated PlayStation Plus service, giving subscribers three separate tiers to choose from. Of all the three new PlayStation Plus levels, the most expensive option is PS Plus Premium, the main advantage of which is access to retro games from the PS1, PS2, PSP and PS3 libraries.

PS Plus Premium gives PlayStation 4 and 5 gamers instant access to a variety of classic games, including many Sony games. But PlayStation libraries were often defined by third-party releases as well as their own games. To this end, some classic Japanese franchises associated with the PlayStation brand are well represented at the PS Plus Premium level, for example, Resident Evil from Capcom and Final Fantasy from Square Enix.

As for Final Fantasy, six games of the main Final Fantasy series are currently available to PS Plus Premium subscribers, which can be checked by subscription. Most of them were previously available to play through the defunct PlayStation Now service, added without a deletion date, so fans will probably have access to them for quite some time.

List of Final Fantasy games for PS Plus Premium

The first six Final Fantasy games were Nintendo exclusives and released for the NES and Super Nintendo systems. However, Square moved to the PlayStation, releasing Final Fantasy 7, which marked the beginning of a trilogy of classic JRPGs for PS1. Now with a PS Plus Premium subscription, PS4 and PS5 gamers can return to the classic games Final Fantasy 7, Final Fantasy 8 and Final Fantasy 9, but with some additional improvements that were not in their original releases.

These improvements include features that improve the quality of life, such as, for example, speeding up battles and using cheat codes. These classic Final Fantasy games for PS1 also have trophy support in these re-releases, which is great news for trophy hunters.

Black Panther 2: Tenoch Huerta Will Be Namor in The Film,...