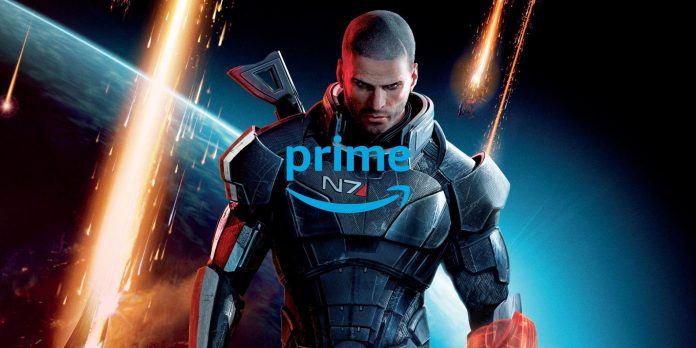 Amazon is giving away 31 free games this year on Prime Day 2022, ranging from popular AAA games like Mass Effect Legendary Edition to smaller and niche indie games. This year, the annual Amazon Prime Day promotion runs from July 12 to 13. However, some offers will appear earlier, including several free games through Prime Gaming, ready to download from June 21.

In the gaming industry, summer is the season of announcements and major sales. Between these free games and the eventual sales that many games are likely to see on Amazon, Prime Day will be an event that people will be following. This is in addition to other gaming benefits that members receive through Amazon Prime, including one free subscription on the Twitch streaming website and free multiplayer games including Poké Balls and Stardust in Pokémon Go.

A total of 31 games are distributed on Prime Day. They are led by major games from the publisher Electronic Arts. EA’s free games include racing, Star Wars games, and the famous Mass Effect Legendary Edition. They also include some lesser-known, little-known indie games that still deliver a lot of fun, including HUE, Death Squared and games from The King of Fighters series.

The collection of the cult Mass Effect trilogy, Mass Effect Legendary Edition, is the largest game available for free on Amazon Prime during Prime Day. In addition to 4K images and other quality of life improvements, this free gift (and all other EA offers) has one important caveat: they must be activated in Origin. Although this decision may discourage some players from buying out the game, it is difficult to give up the entire original Mass Effect trilogy for free, regardless of which launcher the game is redeemed on.

Given the possibility of Commander Shepard returning to Mass Effect 4, getting the Legendary Edition for free is the perfect way for players to get to know Shepard’s story before Mass Effect 4 is released. No release date has been given for the upcoming game, but the lack of news seems to suggest that the game is more than a year away. This should give players enough time to experience Shepard’s journey — whether for the first or fifth time —with a free copy being given away on Prime Day.

Although there are many great features in the game, Star Wars Jedi Knight: Jedi Academy 2003 is known for having some of the best lightsaber battles among all Star Wars games. In this game, players take on the role of Jayden Corr. Corr is a Jedi Padawan studying at the newly created Luke Skywalker Jedi Academy. The game also features Force powers, customizable lightsabers, and even a multiplayer mode.

A direct prequel to the Jedi Academy, “Star Wars: Jedi Knight II: The Exiled Jedi” from 2002, will also be free on Prime Day. Along with the creative Jedi Outcast lightsaber combat, this game features the main character Kyle Katarn and his return to the Jedi Order after breaking his ties with the Force due to the fact that he almost switched to the Dark Side. Instead, he starts the game as a mercenary and returns to the connection with the Force. Although this game starts a little slower than its successor, due to the fact that it does not start with a lightsaber, it is still loved by fans.

Star Wars: Republic Commando 2005 is the latest free Star Wars game for Prime Day 2022. Despite the fact that it was recently ported to the Nintendo Switch, fans still believe that Republic Command0 deserves a complete remastering along with other Star Wars games of that era. For now, fans can at least enjoy Republic Commando for free with Prime next month. Republic Commando follows Delta Squad, a special forces unit of the Grand Army of the Republic, on missions during the Clone Wars. The game was praised for characterizing the clones, a group that remained nameless and basically just served as parts of a single unit, not as individuals.

Netflix Will Make Series Based on Dishonored [RUMOR]