Home Sport Alisson “the best in history” and “the explosion” of Nunes — Liverpool... 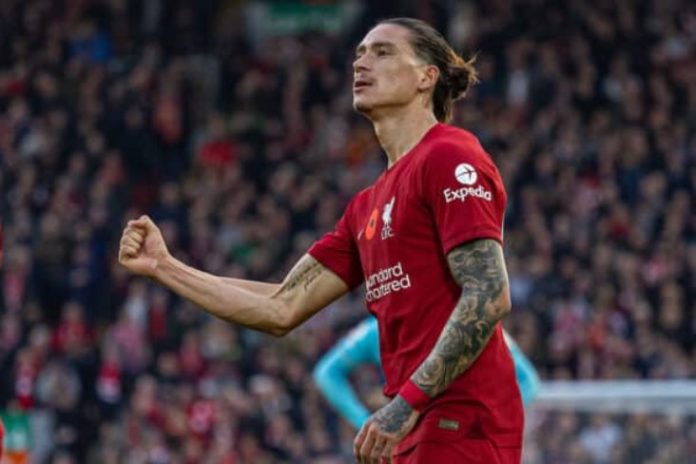 Liverpool beat Southampton 3-1 at home in the Premier League on Saturday, and Alisson and Darwin Nunez were showered with praise from fans.

The Reds were facing their last game before the World Cup, and only victory was acceptable in the battle for the top four.

It was then the Darwin Nunez show, where the Uruguayan twice skillfully finished from close range before the break, as his impressive form persists.

Alisson made several vital stops in the second half as Liverpool’s performance declined, but in the end they watched the game and won four in a row for the first time this season.

Liverpool won, but after some excellent saves they had the outstanding Alisson to thank…

I think it’s safe to say that Alisson Becker is the best goalkeeper we’ve ever had.

Alisson is the best goalkeeper I’ve ever seen. A phenomenal player.

Alisson Becker is the best goalkeeper who has ever worn a Liverpool shirt.

What a salvation from Alisson to refuse Adams. Today it was just huge.

– IndoKop in the TIA comments.

He’s unreal. Helps us out so often.

This goalkeeper is the best I’ve ever seen. Top saves are the norm.

Is Alisson the best player in the league?

It was also another important day for the hero-scorer Nunez…

The taunts about Darwin Nunez have become awfully quiet, haven’t they? ?

Darwin Nunez now averages a goal or assist every 81 minutes at Liverpool.

We’re going to have a hell of a lot of fun with Darwin Nunez.

Nunez in the No. 27 shirt, and Haaland in the No. 9 shirt is quite suitable, since Darwin is 3 times better than the player.

– Outstanding awesome character in the comments.

Darwin has eight goals and two assists in 886 minutes this season?

Look at Darwin Nunez’s awareness in his movement in front of goal. Notes the strengthening of Southampton’s defense, takes one step with them so as not to be offside, and then leaves the offside in the dust and scores 2:1. The movement of the notorious scorer.

I can’t believe people are surprised that Nunez is scoring, it was the most obvious scoring explosion of all time.

Despite all the talk about Darwin Nunez offering “chaos,” today’s game looked like a real center forward. He made some brilliant passes in the formation, and also scored two vital goals. Without a doubt, a big second half of the season awaits him.

Good three points. The results in the first half are better than in the second, Alisson probably held us back at times, but was happy to start this six-week break with a positive.

It resembles a Spurs game; a great first half, but a bad second.

However, winning is all that matters, and going into this break not a million miles away from fourth is a good thing, all things considered.

“Today is a really good game. A good way to go to the World Cup!”

An important victory for Liverpool, who look in much better shape from the point of view of the top four thanks to the recovery before the World Cup. However, they still think that in January they could have used a dominant midfielder — even today there were too many moments when they lost control.

It’s massive to get a win before the World Cup. Diaz, Hota and Matip will be back when we get back into the game and hopefully sign a couple of contracts in January to finally start this season…. Up The Reds!!! #LIVSU #PHYSICAL THERAPY

Brittney Griner Testifies How Cannabis Oil Ended Up in Her Bag