Home Sport Alisson reveals the reason for his moustache at the World Cup —... 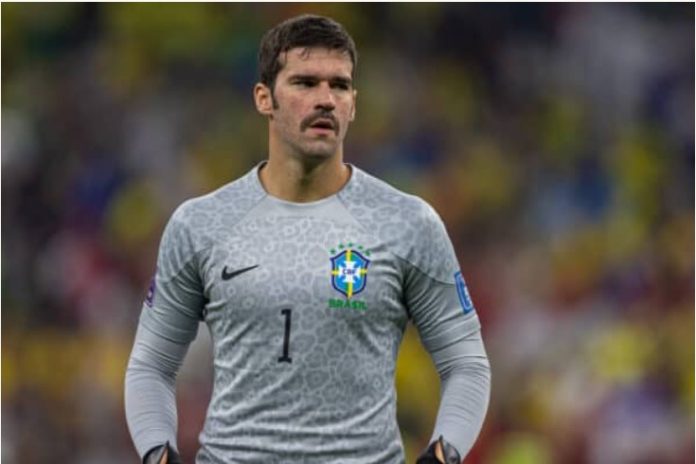 Alisson arrived at the World Cup with Brazil in a new look, with the moustache of the Liverpool goalkeeper in support of a charity cause.

During his four years at Liverpool, Alisson was not shy about experimenting with his hair.

In addition to his usual shaggy hair and full beard, the 30-year-old man did longer and shorter hairstyles, and also changed facial hair from time to time.

So it was when he appeared for the Brazilian national team at the World Cup in Qatar, choosing a clean-shaven look a few days ago for Liverpool’s 3-1 victory over Southampton.

Alisson arrived with an impressive moustache, which was visible during the 2-0 victory over Serbia, which opened the Brazil tournament on Thursday.

After the game and in partnership with Gillette, Alisson announced that his new look was in support of Novembro Azul, known in the UK as Movember.

Along with the hashtag #BigodeQueCuida, which roughly translates as “mustache that cares,” the goalkeeper urged men to “speak out” and seek help in the diagnosis and prevention of prostate and testicular cancer.

“I am very proud that my mustache is part of the #BigodeQueCuida movement in support of the Novembro Azul campaign!

“With great responsibility, I want to urge all men to stand up for their health, go to the doctor and undergo regular preventive examinations.

“Don’t waste your time and become a part of this movement too.”

At the time of writing, Alisson’s post has been viewed on Instagram almost four million times, and it has been supported by people like Virgil van Dijk, Andy Robertson, Darwin Nunez and Roberto Firmino.