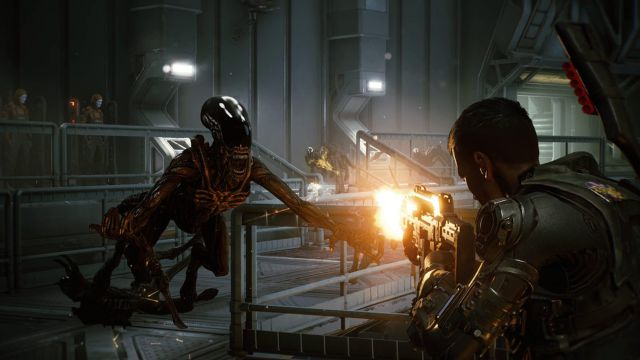 After showing almost half an hour of gameplay, IGN exclusively presents a new video of this cooperative title.

If there is one thing that has become clear, it is that Lieutenant Ripley did not manage to end the threat of the xenomorphs. Decades after the events narrated in Alien 3, the story continues, although this time it does not do so in the cinema, but in video games. This is not a sequel to Alien Isolation, as it is a project developed by another studio and with other objectives. Aliens: Fireteam is a third-person shooter focused on team and cooperative gameplay. After presenting a 25 minute video, IGN has exclusively released another 10 minutes of gameplay, this time focused on two different classes of marines, the gunner and the technician.

So are the two new classes

Chris Matz from Cold Iron Studios has participated in the video to explain what these two classes and their abilities will be like. The gunner is the type of colonial marine that comes to mind, the one with loaded weapons and ready to fire his entire arsenal against the xenomorphs. He focuses, therefore, on firepower, although as we level up we will have the opportunity to branch out his abilities to specialize even more. The technician is a highly recommended option to balance the team, since he is the one who is going to be in charge of supporting the rest of the soldiers and offering them cover thanks to the portable turret that he always carries at hand.

Aliens: Firteam may be designed with multiplayer in mind, but that doesn’t mean there isn’t a story behind it. Thus, the developer promises four different campaigns, each with its own missions. The colonial marines will have to fight against 11 different species of xenomorphs. The first 6 have already been detailed, so we invite you to read this news for more information.