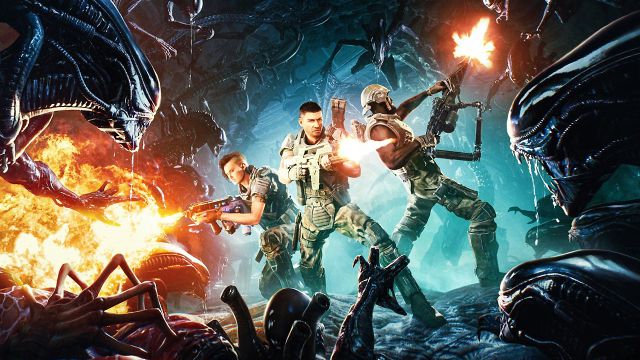 Aliens Fireteam: Focus Home Interactive, distributor of the game, reiterates that Aliens Fireteam, cooperative multiplayer, will arrive before next September 22. After the successful Alien Isolation, by Creative Assembly, xenomorph fans will have a new appointment this summer, and it is that despite the lack of recent news, the new game set in the universe created by director Ridley Scott will arrive this summer. This is a launch window that had already been previously announced, but said absence of news and the many delays suffered by various video games made one suspect that the same could happen with Aliens Fireteam. It will not be the case.

Back to the alien universe

This has been announced by Focus Home Interactive, distributor of the game for the European and Asian territories, which has confirmed that the title will arrive in the coming weeks, or months, since we are talking about a period between the 20th of this month of June and the furthest September 22. In this way, Aliens Fireteam avoids having to coincide with a game of the same cut that will also arrive soon, such as Back 4 Blood, by Turtle Rock, and which is scheduled to launch in October.

This in turn suggests that Aliens Fireteam will be the protagonist in the next summer events that will take place these weeks, such as the imminent E3 2021 and the Summer Game Fest, organized by Geoff Keighley, also host of The Game Awards. However, neither Focus Home itself nor Cold Iron Studios, developers of the game, have confirmed this alleged presence at either event.

Thus, Aliens Fireteam promises a different approach to the Alien universe, this time focused on cooperative action, as opposed to the survival horror style of the aforementioned Alien Isolation. In this new title, players will be able to choose from several different character classes – such as Gunner or Technician – to face hordes of up to 11 different xenomorphs. However, despite this multiplayer approach, Cold Iron has ensured that the game will also feature several individual campaigns.

Aliens Fireteam will arrive in the coming weeks on PS4, Xbox One, PS5, Xbox Series and PC.