Home Entertainment Aliens: Dark Descent must break the curse of the alien game 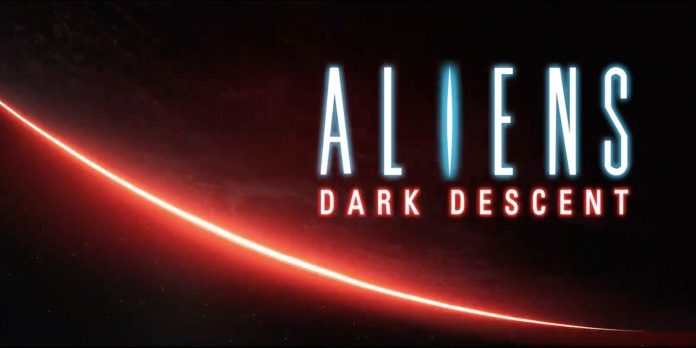 Debuting in 1979 as one of the greatest sci-fi horror films, the Alien franchise has a long history in pop culture. The first “Alien” performed by Ridley Scott, in fact, revolutionized the franchise of sci-fi horror films and set a precedent for almost all subsequent films. However, the influence of “Alien” goes far beyond cinema, and some of the most popular horror game franchises use it as a source of inspiration. Without Alien, there probably wouldn’t be Dead Space, Callisto Protocol, or perhaps even Starcraft. But, unfortunately, Alien’s own video game history hasn’t been as groundbreaking, although Aliens: Dark Descent may just break the curse.

Over the past few decades, quite a few Alien games have been released. Although there have been several outstanding games over the years, namely Aliens Vs. Predator games on PC in the early 2000s and Alien Isolation, the last few releases received a mixed reception at best, and at worst became a nightmare for critics. But the recently announced Aliens: Dark Descent has a chance to break the vicious circle by choosing a unique gameplay perspective that the franchise has not yet seen.

Despite some difficulties over the past few decades, the real curse of the alien game began in 2013 with the release of Aliens: Colonial Marines. Aliens: Colonial Marines, widely recognized as one of the worst games of all time, is a messy mishmash of video games. While its basic premise is solid, pitting players against hordes of aliens in scenes ripped almost straight out of James Cameron’s “Aliens,” the execution of almost every element of the game has dramatically let him down.

The artificial intelligence of Aliens: Colonial Marines was broken, the shooting seemed unresponsive and too arcade-like for a 2013 AAA game, the graphics and frame rate were below average, and the game’s narrative was ridiculously cliched, all of which combined to create an impression that lacked none of the excitement or originality of the source material. Aliens: Colonial Marines was rightfully destroyed by critics and fans alike, and quickly became one of the most infamous video games of all time. Now Colonial Marines ranks first in the lists of the “worst games of all time”, along with games such as Ride to Hell and Big Rigs.

In 2014, Alien Isolation was released, which, according to most people, was the resurrection that the franchise needed so much. Alien Isolation, which has an extremely intense gameplay thanks to the innovative artificial intelligence Xenomorph AI, was widely considered one of the best games in the long-running franchise, and its plot connections with the characters of the original series helped make it look like the real one. , a worthy successor.

Unfortunately, Alien Isolation will be the culmination of a franchise that has not been achieved since. In the years following the release of Alien Isolation, several Alien mobile games were released. While they weren’t as bad offensively as the Colonial Marines, they weren’t very good either and didn’t do much to keep the franchise in the good books.

Only last year, Aliens: Fireteam Elite was released, which was met ambiguously by players and critics. From a third—person perspective, Aliens: Fireteam Elite is essentially the game that Colonial Marines should have been. Taking on the role of a colonial Marine, players work together with two other players to get through a colony full of xenos. Fireteam Elite was liked by many as the game’s emphasis on teamwork and its ability to capture the charm of the original series were highlights, but its repetitive level design and gameplay left some with sour feelings after a few hours.

What you need to do Aliens: Dark Descent to break the vicious circle

Just announced during Summer Games Fest, Aliens: Dark Descent looks like a top-down team shooter with an isometric perspective, very similar to Diablo, only if it had ferocious 7-foot aliens swarming over the player. Although there aren’t many gameplay details right now, as the game has just been unveiled, the gameplay trailer gives fans a good look at the overall tone of the game, visuals and mechanics, and it shows some real potential.

Taking the Aliens franchise in a new direction, with gameplay unlike anything fans have seen before in this series, Aliens: Dark Descent has a chance to really stand out among its predecessors. While Fireteam Elite was a decent game, it wasn’t particularly original, and fans crave an Alien game that offers a different experience than the standard third- or first-person shooter. Let’s hope that Aliens: Dark Descent will be able to use its visual effects and sound to capture the essence of the source material, while offering a truly unique gameplay for the Alien franchise.

Henry Cavill Will Reportedly Appear at Comic-Con with Superman News

Chris Hemsworth’s Wife Thought He Was Too Muscular in the movie...