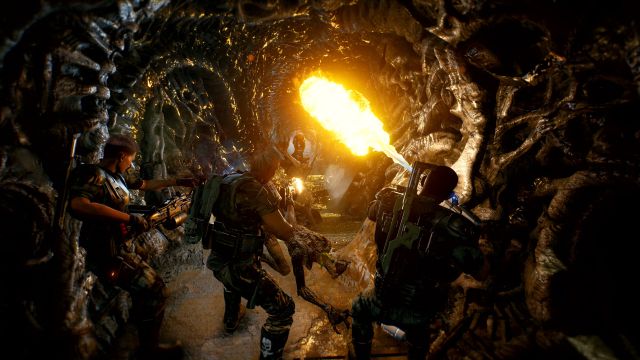 This multiplayer game takes place 23 years after what we saw in the three original films; It will go on sale in the summer.

Years have passed since the release of Alien Isolation, a horror title based on the popular film series. However, the license has remained relatively fallow, despite the fact that a mobile game was also marketed. The break is over, as Aliens: Fireteam has just been announced for PS4, PS5, Xbox One, Xbox Series X, Xbox Series S, and PC.

It is a production developed by Cold Iron Studios, which will take the form of a multiplayer game very focused on cooperative mode. The premise? Survive a plague of xenomorphs. In Aliens: Fireteam we will have to choose between characters of different classes (technician, gunner, demolition expert, etc.), who will have to face different types of creatures. In fact, they promise 11 different archetypes of xenomorphs.,

Years after the first movies

The title is set 23 years after the events narrated in the original trilogy. The video game puts us in the shoes of the colonial marines of the USS Endeavor, who have been requested to answer a distress call. To no one’s surprise, when the Marines approach their destination they will discover that the place is crawling with aliens. The developers promise that we will be able to explore different locations, among which are some abandoned ruins or even extraterrestrial scenarios, where there will be no choice but to fight for survival with the rest of the companions.

Aliens: Fireteam is scheduled for this summer on all of the aforementioned platforms. We are not facing any kind of sequel to Alien Isolation, undoubtedly one of the most successful games in the saga. Despite requests for a second part, neither SEGA nor The Creative Assembly have taken any steps in that direction. Even so, not even Nintendo Switch was left without its respective version, which was adapted for the Kyoto hybrid with great success.

The Lost Symbol: The Da Vinci Code Series Gets A Trailer