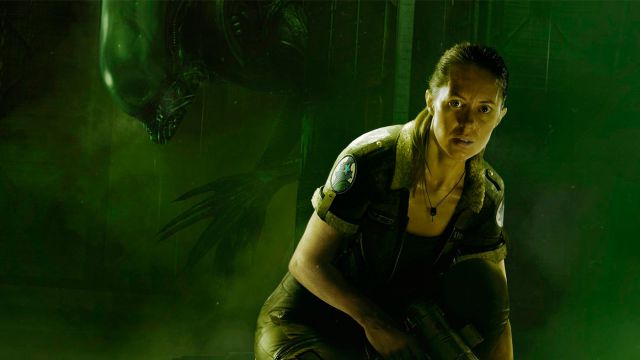 Alien Isolation: Sega announces the launch of its Alien franchise video game on smartphones and tablets for next December at a price of 14.99 euros. Alien Isolation, the video game by The Creative Assembly and Sega that appeared on PC and consoles in 2014 and that made the leap to Switch in 2019, will arrive on iOS and Android mobiles on December 16, 2021. This has been announced by its managers, confirming that the horror and stealth adventure starring Amanda Ripley and the ever-threatening xenomorph will break into the App Store and Google Play at a price of 14.99 euros, thus preserving its premium gaming character on touch platforms.

New port from PC and consoles to mobiles

And it is that the version that concerns us of Alien Isolation is a direct port of the original game by Feral Interactive, thus ruling out any treatment of the title in a free to play key or any of the typical business models on iOS and Android. So much so, that the game will be identical to the desktop one, a port that will also include all the DLC, improvements and corrections of the original, adapting its playability to the touch format, with the possibility of configuring the interface and giving the option to play with control knobs. .

Don’t miss our analysis of the Alien Isolation port for Switch, also at the hands of Feal Interactibe, in which the company “demonstrates how things should be done and gives us a masterful port, almost the best that has been seen on Switch until moment, with the best graphic finish of all versions and the inclusion of all its DLC. It is not perfect as a game, and details such as lag or moments of boredom due to its slow tempo make it ugly, but it is still a work of pure tension and terror. And a gift for Alien fans. ”

“Discover the true meaning of terror in Alien: Isolation, a survival horror game set in an environment of constant tension and danger. Fifteen years have passed since the events of Alien. Ellen Ripley’s daughter, Amanda, is involved in a desperate battle for survival when she embarks on a mission that will allow her to find out what really happened to her mother ”, we can read in her official description.

The Ending of The Fifth Season of “Stranger Things” Was Supposed...