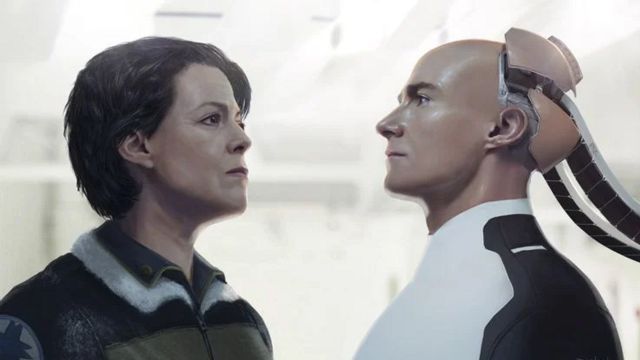 Alien 5: Neill Blomkamp’s film suggests that the mythical character played by Sigourney Weaver was going to return.There will be no Alien 5, at least not as it was conceived. The movie has been canceled, as previously announced, but new information about it has just emerged. Thanks to a handful of conceptual arts, the return of Ellen Ripley (Sigourney Weaver) has come to light, as well as that of Hicks (Michael Biehn). This product was to be directed by Neill Blomkamp, ​​but the reality has been quite different.

Everything seemed to indicate that Alien 5 was going to serve as a link between the events of the third and fourth movies. Newt and Hicks were scheduled to come back to life, although they are now sentenced to death, unless the project is resumed at some point. After Prometheus and Alien: Coventant, the most recent films to date, Disney + is now preparing a series for its Star platform, of which nothing is known yet.

All concept art for Alien 5 is designed by Geoffrey Thoorens, an artist who worked closely with Blomkamp to bring the production to fruition. Part of this material had already been shown previously between 2014 and 2015, but the artist now reveals new images, which you can see in this news.

Even though the sequel to Alien Isolation has never crystallized, that doesn’t mean there won’t be more games coming out. Cold Iron Studios and 20th Century Fox recently announced the development of Aliens: Fireteam, a new cooperative action video game that will be released next summer for PS4, PS5, Xbox One, Xbox Series X, Xbox Series S and PC.

It is not a survival horror, since this time they have opted for a third-person shooter structure, very focused on team play. Of course, there will be several campaigns with history.

Black Friday Deals: Get 12 Months Of PS Plus With A...